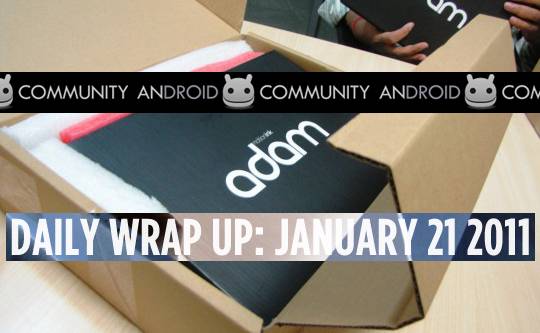 First of all, if you’ve got a Nexus S, Nexus One, or Samsung Vibrant – you’ve got updates on the way. Next, see the Android Faces Massive Lawsuit at Hands of Oracle post to see the situation Google is in with copyright infringement. Fear for the future as Verizon Files for Appeal on Net Neutrality Light, and get gleeful as Angry Birds Valentine’s Day Edition is casually announced. Finally, and I do mean finally in this list as well as in the wait for this piece of tech, Notion Ink is shipping. Wait by your door like a puppy! Browse Android Community while you’re at it.