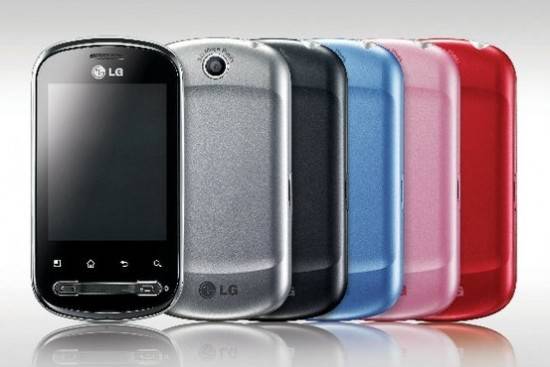 It looks as if the rumors of LG’s hard push back into the cellphone market in 2011 were correct. Another budget phone from the manufacturer has been leaked to the internet, this time coming in many colors.

The LG Optimus Me P350 will be another mid-range budget device from the company and will come in an array of 5 colors (pictured above). The device will sport a 3 megapixel camera, and a display resolution of 320×480. There has been no word on actual display size, but it sure doesn’t look all too big, so expect your media consumption to be on a separate device.

Most likely being planned to target both teenagers and entry-level smartphone users, the device is likely to be released with Android 2.2. And look at that, physical call/end buttons are coming back into style!