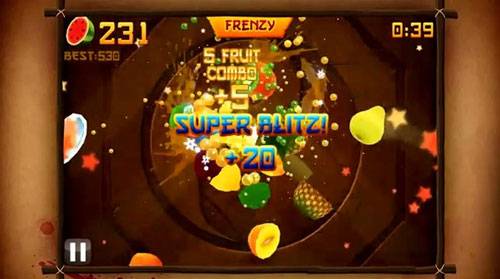 If you and Android user that likes to play games on the go and have Fruit Ninja installed, the game has been updated. The latest update brings a feature that fans have been waiting for with the addition of arcade mode.

The arcade mode was previously only offered on the iPhone and has finally landed for Android users. The arcade mode brings a 60-second time attack and has some bonus items to hack up too. The bonuses include a banana that slows down the game making combo scores easier and a frenzy banana that makes tons of fruit come on screen for more points.

You can also nail a double points banana to do just what it says. If the bombs hit, you will lose ten points. This sounds like a good update that players of the game will want to download.