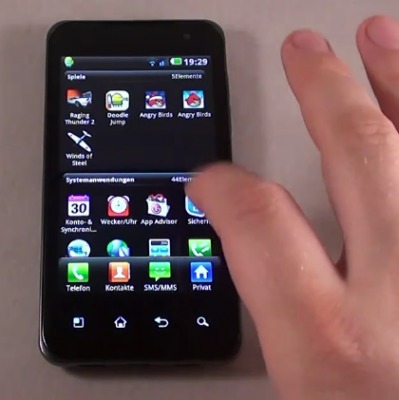 The LG Optimus 2X was one of the key devices at this year’s CES. Being one of the first devices to be announced with NVIDIA’s Tegra 2 dual-core processor, the device will definitely be the powerhouse it was rumored to be. And now we have over 20 minutes of video time with the device in a hands-on video from the official German LG blog.

The demo is quite lengthy, but it provides a detailed look at the upcoming devices power. Scrolling is smooth, folders open quickly, and all around it’s pretty refined. Now we can tell it needs a little bit more software optimization before it can fully utilize the Tegra 2’s power, but hopefully that’s coming before release.

For even more LG Optimus 2X coverage, check out our official preview of the device where we put the device to test with basic functions such as gameplay, HD playback as well as conducting a Linpack test.