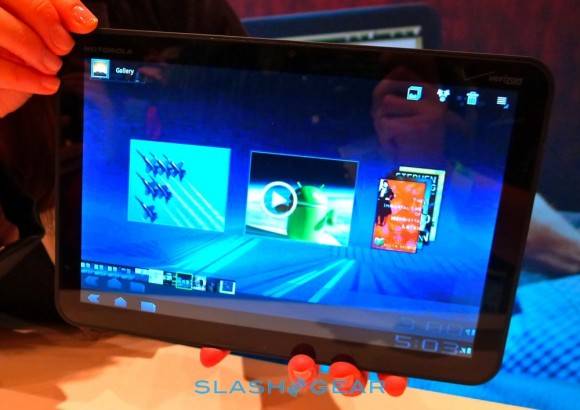 A mister Chris Hall of PocketLint sat down with both Dave Burke, engineering manager for Mobile at Google and Jonathan Nattrass and Andrew Morely representing Motorola Mobility to have a talk about Android 3.0 Honeycomb and how Motorola’s XOOM tablet will be taking the lead. Burke, when questioned on what Google would be getting out of this deal, said that Google wanted to work with the latest hardware, and with a 1GHz Nvidia Tegra 2 dual core chipset, Motorola’s XOOM was it!

Furthermore, it appears that both Google and Motorola had employees working closely with the other’s groups, both of them working to make one massively well-agreed-upon product. Both teams in this talk noted that the version of Android Chris Hall was handling here (in the room they were all talking in) was indeed a “pure” version of Android 3.0 Honeycomb, not a half-baked version like what was shown all over the place at CES 2011.

Motorola also added that additional features would be added to the XOOM before launch and after, noting that amongst other over the air updates there’d be a connected music player of some sort. Burke made sure to let everyone know that manufacturers (on other tablets, we suppose,) would be free to customize the platform as they saw fit due to the open source nature of Android.