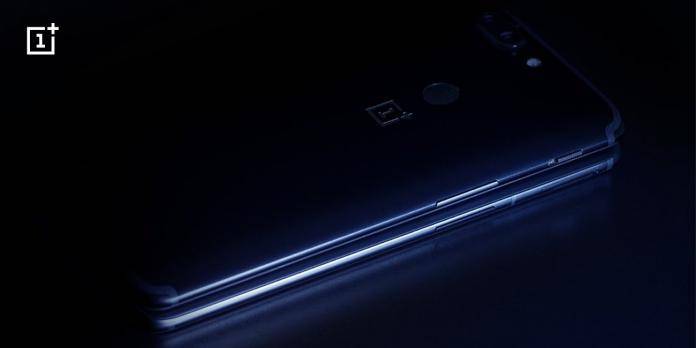 The month of June may be far from today but fans of OnePlus are excited for the next-gen flagship from the Chinese OEM. The ‘Never Settle’ tagline is something to live up to so there really is no contentment among the phone maker and the consumers. That is good because it means major advancements and improvements in the mobile industry. The upcoming OnePlus phone has been a favorite subject lately because of several rumors and the company’s openness in sharing information.

The latest tweet from OnePlus includes an image of the OnePlus 6. It shows the phone hidden in the dark but it gives us an idea how the phone will look. It still looks sleek and stylish but we’re more interested in the new specs and features. OnePlus describes the device with these words–“more immersion in a refined form factor”.

Much has been said about the OnePlus 6. We know there will be a OnePlus 6 Infinity War Edition which will be available in the United Kingdom first. We’ve also seen the front panel image leaked on Weibo –still showing a notch. A recent teaser shows it may have gesture controls. It may also come with a pair of OnePlus Bullets Wireless headphones.

The OnePlus 6 will definitely have a notch. The company confirmed that it will be for a bigger screen real estate plus a better display performance with the 19:9 aspect ratio and the Snapdragon 845 processor.

The OnePlus 6 is closer than we think. OnePlus 5T sales in North America were already halted so we’re certain the new phone will be ready soon.

More immersion in a refined form factor. Are you ready for the #OnePlus6? pic.twitter.com/2HR2YE5Jb6