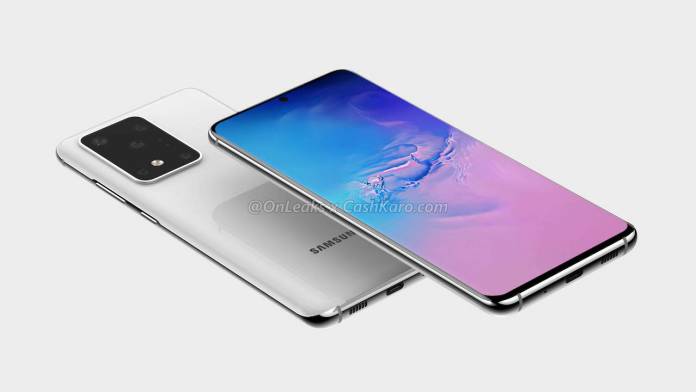 More information about the Samsung Galaxy S11 is being shared online. The series will be launched sometime in February maybe before the Mobile World Congress (MWC 2020). Every day, we learn new details and see images that somehow match. At this point, consistency is what matters. And yes, it is only a matter of time before we see the new Samsung Galaxy premium flagship phone series. In the coming weeks, we’re expecting to see more as we continue to fill up pages here.

It’s been five months since the Galaxy S11 was first mentioned here. It was said to come with an expandable screen as shown off in some patent images. Features were also listed early but as you know, they’re not final. The Samsung Galaxy S11 camera system will be more advanced so that is something to really look forward to.

Several image renders have already appeared online with more surfacing each week for every variant from the Galaxy S11e to S11 to Galaxy S11 Plus. Other details we know so far: the Samsung Galaxy S11 may have a 5x zoom camera, bigger fingerprint sensor, built-in spectrometer, and a display with 20:9 aspect ratio.

When it comes to imaging, the Samsung Galaxy S11 will have powerful features. It may allow 108MP photos, 8K video recording at 30 fps, laser auto-focus, and a selfie camera under a middle punch hole in the front. The Samsung Galaxy S11 Plus is said to use an exclusive custom 108MP image sensor.

The latest image we gathered shows the phone will look like the one above. It is actually similar to the few renders we’ve seen previously with the rectangular camera module situated on the upper left rear. There is that camera hole in front housing the selfie shooter. Definitely, the rear cameras will be of super high quality starting with the 108MP primary cam. The 5x optical zoom can also be expected.

We mentioned the Samsung Galaxy S11 may arrive in five variants and three sizes. One will be the Galaxy S11e that is expected to come with triple rear cameras: 12MP wide-angle lens + 64MP with 2x telephoto lens + 12MP ultrawide angle lens. The S11 and S11e will have that 108MP ISOCELL image sensor which is a better version of the one used on the Xiaomi CC9 Pro. As for the higher-specced Samsung Galaxy S11 and S11 Plus, we’re looking at four or five cameras (quad or penta) combining wide-angle lens, telephoto, ultrawide, and Time of Flight (ToF).

When it comes to batteries, the more premium Galaxy S11 Plus will come with a 5000mAh battery. The Samsung Galaxy S11e will only have 4000mAh while the Galaxy will be equipped with a 4500mAg battery. Expect 25W fast-charging support on all three phones.