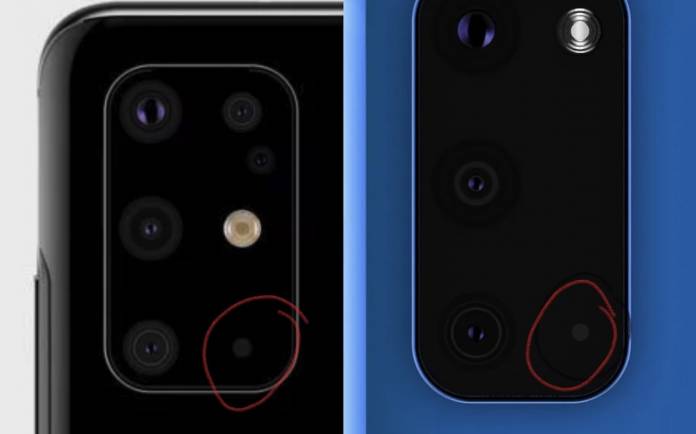 The Samsung Galaxy S11 is being developed and prepped for release sometime in February. The phone series has been mentioned here several times and so far, we know a lot about the new flagship offering although confirmation is still needed. More image renders are surfacing on the web while information like 5G connectivity and 25W fast-charging support certification have been sighted recently. We learned the Android phone may not come with a waterfall display but it may allow 8K video recording and 108MP photos.

The upcoming Samsung Galaxy S11 is also believed to have a 5x zoom camera and a bigger fingerprint sensor. We can be certain the camera system will be more advanced just by looking at the features listed early. The Galaxy S11 series is also said to include Laser focusing module. According to Ice universe (@UniverseIce), our favorite Chinese leakster, that fourth camera on the image above is the laser focus.

The image renders that surfaced over the weekend show the new module with an L-shaped camera system. We’re thinking of quad cameras with the last one being a 3D ToF sensor or a laser focus. If Samsung will start implementing laser auto-focus technology, then PDAF (phase-detect autofocus) may be gone eventually. That is only a possibility but the South Korean tech giant may be exploring it right now. We don’t think the design and product development phases are over.

Laser auto-focus is not exactly new. Several ASUS phones had it before including the ASUS ZenFone 3 Laser, Xiaomi Mi 5, and the LG G3. Samsung can consider laser autofocus to replace PDAF or it can use both. Doing so will give the consumers an option on what to use for mobile photography. Let’s wait and see for the official product announcement then which is happening in a few months.