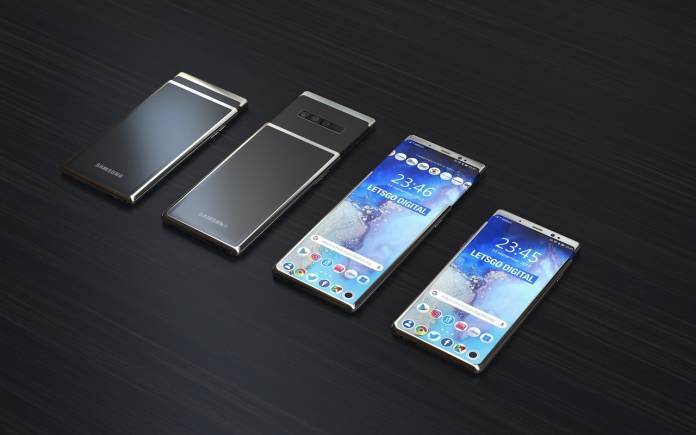 More Galaxy S11 details are rolling out. No, the actual phone isn’t rolling out yet. It may be a few months before the new premium flagship series is released sometime in February or March. A while ago, we told you about the possible phone colors and we just learned the Galaxy S11 would come in three sizes and five variants. We usually know three variants–the S11e, regular S11, and the S11 Plus–but now we are hearing more will be introduced.

Master leakster Evan Blass (@evleaks) who has set his Twitter account to private has posted more information about the Galaxy S11. The phone will be out in three sizes. The smallest maybe 6.2-inches followed by a 6.4-inch phone and the biggest at 6.9-inches.

All phones are expected to arrive with curved panels. Even the Galaxy S11e will have a curved screen. The display’s 20:9 aspect ratio can also be expected especially for the model with a taller screen.

No mention of a notch but we’re rooting for a punch hole for the selfie camera. When it comes to variants, there may be five: S11e, S11, S11+ 5G, S11e 5G, and S11 5G. So there is the addition of 5G to even the smaller Galaxy S11 phones. That is a possibility because Samsung wants to be aggressive in providing 5G connectivity and support especially since the company has been working on the processors and modems that include 5G.

So much has been said about the unannounced Samsung Galaxy S11 since July. We’re looking forward to that 108MP main camera, expandable screen, advanced camera system, more color options, 5x zoom cam, a bigger fingerprint sensor, built-in spectrometer, and other more powerful features. More Samsung Galaxy S11 details will be shared online so let’s take things with a pinch of salt, at least, for now.