It’s been a big week in the Android world, mostly due to the CTIA wireless show in New Orleans. Naturally Android Community was there to cover it, and you can see all of our CTIA stories here. For a lighter look at the more important bits, check out our CTIA wrapup. Oh, and don’t forget to enter our latest giveaway to celebrate the anniversary of NVIDIA’s Tegra Zone. There was plenty of other stuff to catch your attention as well, so without further ado, let’s get going.

As far as hardware goes, there’s a ton of stuff to sift through in the CTIA sections above, but the biggest for US consumers is probably the official announcement of the HTC DROID Incredible 4G LTE for Verizon. Check out our hands-on here. And those of you who were waiting for a One series Verizon phone (like the new One X on AT&T) had best stop waiting. Kyocera showed off a couple of new ICS phones, the Rise and the Hydro. LG’s latest flagship, the LS970 “Eclipse 4G LTE” was leaked, and Sony announced the Xperia GX and SX models for Japan. Toshiba’s Tegra 3-powered Excite 10 tablet is now on sale, and AT&T’s Galaxy S II Skyrocket HD won’t be, ever.

On the software side, the international Galaxy Note was officially updated to Ice Cream Sandwich and AT&T’s version got a second leak. Like its other tablets, ASUS updated the Eee Pad Slider to Android 4.0. Popular iOS app Flipboard was supposed to be a Galaxy S III exclusive, but the APK leaked and you can download it now. Facebook laid out plans for its App Center app showcase, on both the web and mobile platforms. 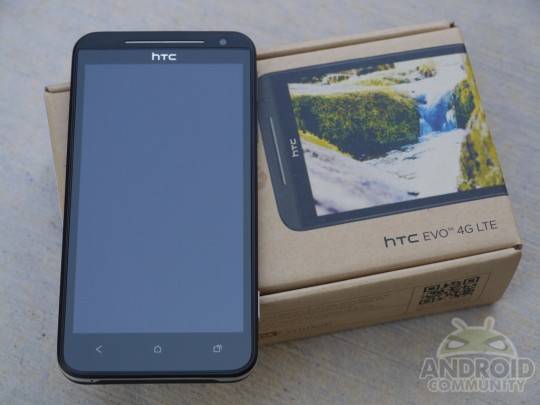 Here on Android Community you’ll definitely want to check out our review of the Samsung Galaxy Tab 2 10.1 edition, on sale now. We’ve also got an early review of the HTC EVO 4G LTE, along with a photo tour of New Orleans using its awesome camera. You’ll also want to see our hands-on looks at the Galaxy S III and Galaxy Note, along with the Lava XOLO, the first smartphone powered by Intel’s Medfield platform. Finally, check out the new features of our Device.AC database with a video tour. Until next week, stay in school, don’t do drugs and always make a Nandroid backup.