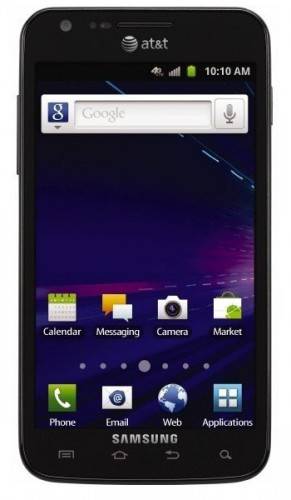 We’re big fans of the Galaxy S II Skyrocket here at Android Community, and have been ever since it launched on AT&T’s LTE network back in November. It even accompanied us to CES as a backup to our personal phones – I can think of no greater compliment. But the successor to the Skyrocket, the even bigger and sharper Skyrocket HD, seems to have been given its walking papers even before release.

Samsung marketing director Ryan Bidan told reporters at CTIA yesterday that the device had been cancelled, because the upcoming Galaxy S III beat it in every aspect of specification. When asked if that meant that the Galaxy S III was coming to AT&T, Bidan couldn’t comment further. But the implication is certainly that the Galaxy S III is headed for the carrier, and around the same time or shortly after the Galaxy S II Skyrocket HD was planned to be released this summer.

The Skyrocket HD was to be an American version of Samsung’s Galaxy S II LTE HD, packing all the specs of the original Skyrocket plus a 4.65-inch Super AMOLED display with a 720p resolution. The Galaxy S III has it beat in screen size (4.8 inches) processor (either a quad-core Exynos or a Snapdragon S4) and software (Android 4.0) among many other things. The Galaxy S III hits Europe and the UK at the end of this month, and is expected to arrive on American carriers later this summer.