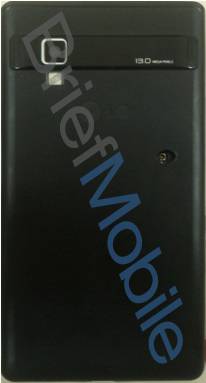 Man, LG is just piling on the flagships at this point. In addition to the Optimus 4X HD and the new Optimus LTE2, BriefMobile has spotted what they’re calling the LS970, a previously unknown LG model with some super high-end components. Chief among these is a quad-core Snapdragon S4 processor, which we can only assume is the much-anticipated Krait – the source identifies it as the APQ8064 chipset.

Other impressive numbers include 2GB of RAM (matching the Optimus LTE 2) an odd screen with a size of 4.67 inches and a resolution of 1280×768, and a non-standard LTE radio specifically for The Now Network. Following the trend, LG has put a 13-megapixel camera on the back. The processor runs at 1.5Ghz on all four cores, with an Adreno 320 GPU pulling graphics duty. While no mention of software was made, we’d certainly expect this one to launch with Ice Cream Sandwich.

The source says the phone will come to market as the Eclipse 4G LTE, which is certainly possible given The Now Network’s tendency to throw established manufacturer branding right out the window. It’s also set at 8.6mm thin. The rumored release date is in the fourth quarter, so we could be looking at a very different device if and when it hits retail shelves.