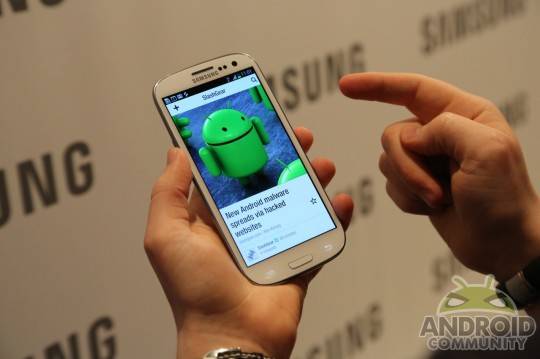 Good News!! If you read our hands-on impressions of the Flipboard Android app and really like the application and were bummed that it was for the Galaxy S III only, you’re not alone. The good news is one of the hacking geeks over on XDA Developers has righted that wrong.

A guy going by Valcho says that he used AirDroid to extract the Flipboard.apk files so you can install Flipboard on any Android device you might have laying around capable of running it. It appears that the post is very fresh so we are not clear at all right now how well the apk works when pulled out of the Galaxy S III.

If you rush over and download the apk, be sure and let us know that installs and works correctly on your Android device. Users are already asking for the S Voice apk as well. The Flipboard app is eventually expected to come officially to devices other than the Galaxy S III, but until then this unofficial support is all we have.