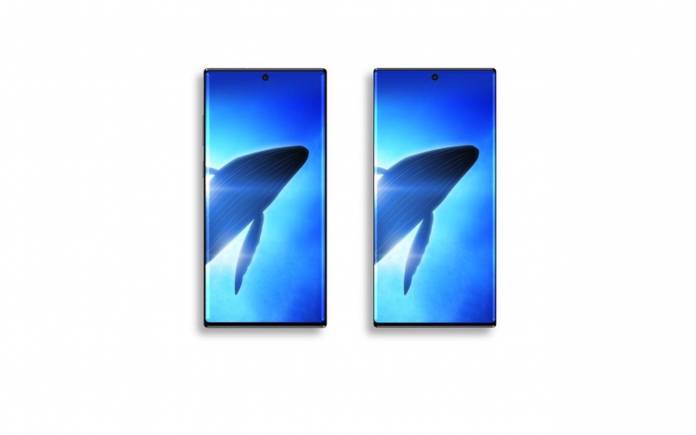 Not many details are known but our favorite Chinese leakster Ice universe (@UniverseIce) has just shared an image of what is believed to be a canceled project by Samsung. Shared over on Twitter is the Note 10 vs Project R6. The two appear to be very similar so we’re guessing the R6 was the earlier design of what we know as the Galaxy Note 10. Samsung hasn’t officially announced the new Galaxy Note series model but it’s coming very soon.

In about a couple of weeks, the South Korean tech giant will unveil the new premium flagship phone we already consider as a phablet. The R6 is believed to be the early iteration of the Note 10. They have the same look and feel so yes, they are probably one and the same.

On August 7, expect the mobile industry will go crazy over the Galaxy Note 10. It will come with the Note 10+ which is a first from Samsung. No, we don’t think they will be joined by the Galaxy Fold.

As early as November 2018, we learned the phone would have a bigger and better screen. It may come with a new S Pen camera, quad-camera system, keyless design, and may be out in two sizes. A 5G model may also be released.

Samsung’s next-gen Galaxy Note may come UFS 3.0 storage. A 45W fast charger will be sold separately. The phone will also be powered by a new Exynos chipset but the same Snapdragon.

Samsung Galaxy Note 10 market rollout, prices, and new teaser were released while Note 10+ specs also hit the FCC before impending launch. The phone won’t have a headphone jack and microSD card slot but we’re looking forward to the Sound on Display. We’ve seen several leaked images plus the protective film, size comparison, and curves shown off. The phone won’t implement the 64MP camera sensor but it may already run on 12GB of RAM.