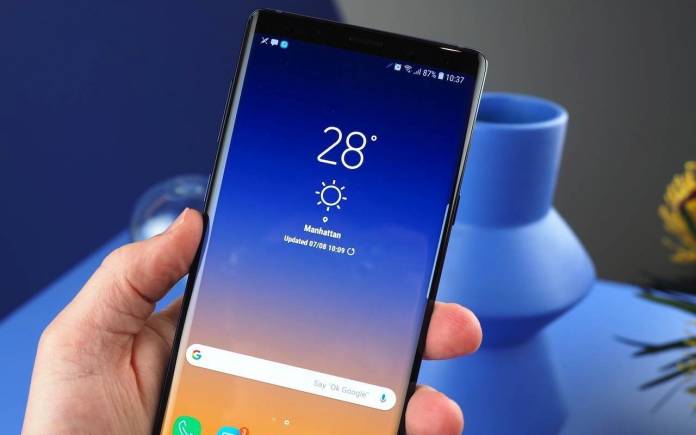 The Samsung Galaxy Note 10 is a favorite topic these days. It’s one of the highly anticipated phones from the South Korean tech giant apart from the already delayed Galaxy Fold. We know there are other Galaxy mid-range phones but we’re looking at the next-gen premium flagship smartphone. So far, we know a lot about the Note 10–that it will have a bigger and better screen, may feature a keyless design, a quad camera setup, a new S Pen camera, and 5G connectivity.

Much has been said about the Note 10. It will be out in two sizes and likely to have a quad camera setup, a fast-charging 4500mAh battery, 5x zoom camera module, and NO headphone jack. When it comes to the display, the Samsung Galaxy Note will have a 6.28-inch screen while the Galaxy Note 10 Pro will have a bigger 6.75-inch screen. The series will boast 19:9 aspect ratio.

A protective film sample was sighted online recently. The image was soon followed by more photos of the Note 10 protective film, a size comparison, and even the curves.

More leaks are expected to be released in the coming weeks until Samsung makes the official reveal of the first ever Note duo. We just learned the phone may also come with a Sound on Display technology –something similar to the LG G8 ThinQ.

The audio will be delivered by the display instead of the usual earpiece. This move makes it possible to achieve smaller bezels. The display is stretched to show a full screen with fewer openings. The idea is that vibrations are transmitted through the display and on to the ears of the users. The Galaxy M40 has a similar feature.

Could we see the Samsung Galaxy Note 10 in New York City on August 7 or later in the same month? Let’s wait and see.