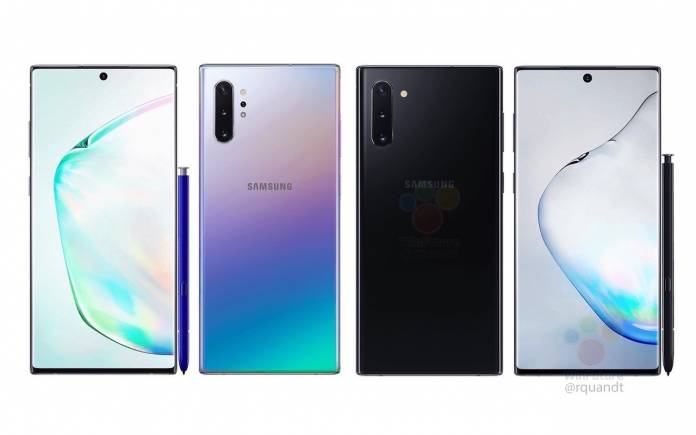 The Samsung Galaxy Note 10 will arrive with the Note 10+ in a few weeks. It’s the first time the South Korean tech giant is launching two Galaxy Note models at once. Maybe next year there will be three since it started launching a Galaxy S trio. Much has been said about the new devices and we’ll get to confirm most of the information we know during the Unpacked event or maybe even before. What we know is that the European and US variants of the smartphones will be very different mainly in processing. The EU variant will run on Exynos while the US version will make use of Snapdragon.

Specifically, the Galaxy S10 series to be released in Europe will run on the Samsung Exynos 9825 Octa-core chipset. The US model will be powered by a Qualcomm Snapdragon 855. This could mean the Exynos Note 10 may be more powerful because the SoC is newer.

Qualcomm-powered smartphones are usually more powerful than the Exynos counterparts but the European variant will have the latest chipset. We’ll have to test and see the difference in performance ourselves once the Samsung Galaxy Note 10 and Note 10 Plus finally debut. Expect more details we’ll be revealed about the new Note series until the official announcement happens next month.