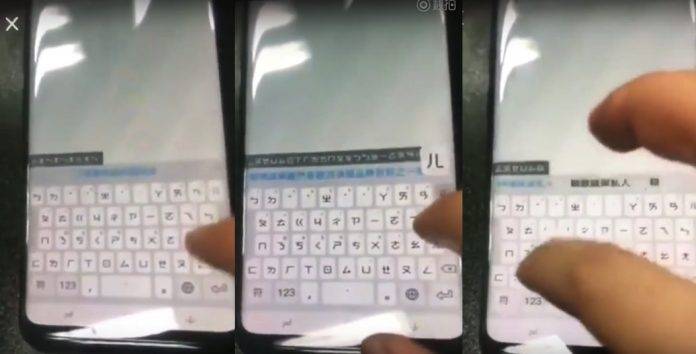 Nothing much to say here but the next-gen Samsung Galaxy S9 appears to be more than ready for its official launch. The Android phone is said to be in beta testing phase especially now that a video of it has been published on Weibo. The phone’s display is being tested as shown in the video. Obviously, this was recorded in China. We’ve seen a number of leaked images, rendered designs, and 360-degree videos but nothing as believable as this one.

The Mobile World Congress is fast approaching and we’re now certain Samsung will unveil the new S9 duo. We’re excited to confirm if it will only have Qualcomm’s Quick Charge 2.0, will support super slo-mo with a 3-stack image sensor, use a new Isocell camera technology, if it will come with new internal design, or if it will have the same batteries as the S8.

The February launch will immediately be followed by a March market release. We’re interested to confirm the ‘Metal 12’ build. We’re also looking forward to trying the reimagined camera, screen protectors, and how fast the Exynos or Snapdragon 845 will perform.