We may be anticipating for the Samsung Galaxy A9 Star Pro but we’re more excited for next year when the Galaxy X and Galaxy S10 will be unveiled. The Galaxy X will be the first truly foldable smartphone from the South Korean tech giant while the Galaxy S10 will come in three variants. The S10 may even come with a fourth model as per recent reports but we’re particularly excited about the premium flagship because it will finally use the Fingerprint On Display technology.

It doesn’t matter if there will be three or four models. We just know there will be different variants and many features will keep them apart. One of which may have three, four, or five cameras (because three cameras aren’t enough). The rumors actually vary so we’re taking everything with a grain of salt. We just know as early as April, Samsung was able to finalize the Galaxy S10 phone display specs.

While Samsung is working on a foldable phone with a dual-sided fullscreen display, the Galaxy S10 models with advanced cameras are also in the works. These Galaxy phones are codenamed ‘Winner’ and ‘Beyond’ (Beyond 0, Beyond 1, and Beyond 2). They are also believed to be released earlier than scheduled.

The idea of triple cameras is nothing new but we think Samsung seriously considered Huawei’s trend after the Huawei P20 Pro started making waves and topping benchmarks.

Galaxy S10’s display screen may also work as the earpiece. We’re looking forward to the triple cameras and we think they matter for many reasons together with Qualcomm’s in-display fingerprint sensor probably on all phone variants.

Another rumor has it the Galaxy S10 will also have a flat variant. This information is new because the past few years, Samsung has been rolling out premium Galaxy S phones with curved displays. It’s as if the public is asking for such curved screens but some people just want something simple. A flat Galaxy S10 may be the more affordable model or this could be the fourth model. 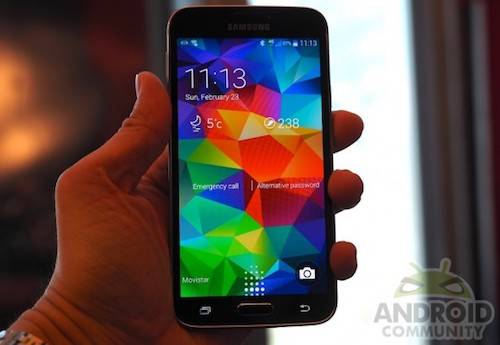 Chinese tech leakster Ice Universe said the Galaxy S10 will be out in three variants: the SM-G970 with a 5.8-inch flat screen, SM-G973 model with a 5.8-inch edge display, and the SM-G975 with a 6.44-inch edge screen. The fourth Galaxy S10 could be released later and there is a possibility could be part of the mid-range product lineup.

These new Galaxy Android smartphones may roll out during the Mobile World Congress 2019 (MWC 2019) or maybe even earlier. And yes, we’re expecting them to be announced after the Galaxy X is ‘Unpacked’.