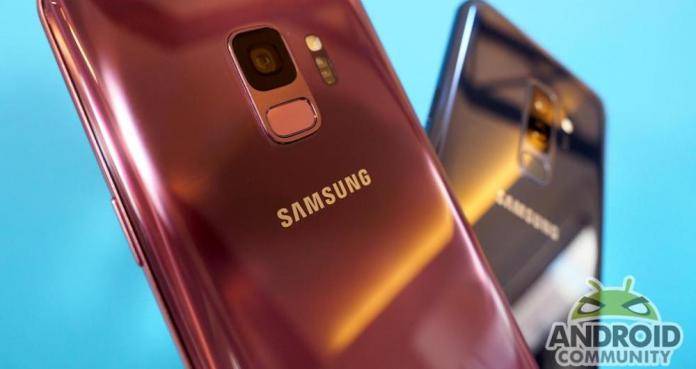 Just because the Galaxy Note 9 is out, it doesn’t mean we’re taking a break from all Samsung-related news. We care about the brand mainly because whatever it introduces to the market, we’re certain other OEMs will take a second look and follow. We know a lot of people are happy with their Note 9 now or may be waiting for their orders to arrive but we’re more excited about the Galaxy S10. We believe it will be more advanced as some of the Note 9 features will be implemented together with the in-display fingerprint sensor.

We started discussing the Samsung Galaxy S10 way back in April. Together with the Galaxy X foldable phone, this S10 is also in the works.

The phone will definitely use Fingerprint On Display technology. It might have triple cameras just like the Huawei P20 Pro. Many people believe those triple cameras matter but we have yet to see if an such advanced system is something that we really need. Interestingly, there are also talks the three cameras won’t be enough.

The Galaxy S10’s display screen may also work as the earpiece. It will use Qualcomm’s in-display fingerprint sensor .

We’re under the impression the Galaxy S10’s camera will be very powerful. The Galaxy S9+ camera system is the same one found on the Galaxy Note 9 so we know the latter is advanced. Next year’s premium flagship phone will be even better you may not be able to handle it.

The Galaxy S10 may be the most expensive of all the Galaxy phones. It will be the 10th Anniversary Galaxy flagship so we know it will be special. Rumor has it the phone will have another camera. Actually, at this point, we’re already confused because we’ve been hearing five cameras instead of three.

Samsung is believed to be releasing three different variants. The Galaxy S10 trio includes phones codenamed Beyond, Beyond 1, and Beyond 2. Several features keep them apart but we’re more concerned about the cameras.

The three phones will be available in two sizes only. We’re thinking the regular Galaxy S10, Galaxy S10 Plus, and another super premium variant. The S10 and S10+ may have a single and dual cameras, respectively, while the other one may have three. The five cameras (three at the back and two in front) may be far from happening but it’s not entirely impossible.

We know the Samsung Galaxy S10 will be unveiled at the Mobile World Congress 2018. The Galaxy X will be announced earlier perhaps during the CES 2018. Let’s wait and see.