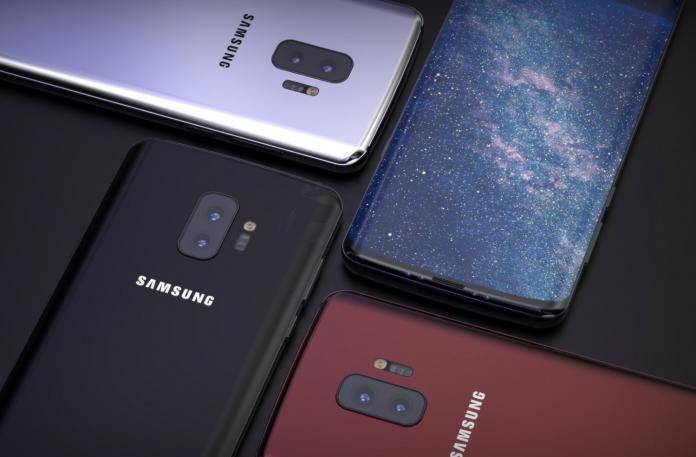 Over the past couple of years. we’ve come to expect that Samsung brings us two variants of their flagship: a regular version and a bigger plus version. But it looks like for the 10th edition of their Galaxy S line, what we assume to be the Galaxy S10, we might be getting three and for their codenames, we’ll refer to them as Beyond 0, Beyond 1, and Beyond 2. While none of these details are of course confirmed, we want to compile all of the rumors that we’ve been hearing about these three devices and in a few months, we’ll of course find out if any of them are true.

Beyond 0: the (more) affordable flagship

This may be the first time that Samsung is bringing us an entry-level model for their flagship. But since we assume that this will be the affordable version, then it will also be smaller and its specs may be lesser than expected of a premium device. It will supposedly have a 5.8-inch flat Infinity Display. The fingerprint sensor will reportedly be found on the right side of the phone, right where your thumb would rest. Design-wise, we don’t really know how that would look like aesthetically. This means that the rumored Fingerprint on Display (FOD) sensor will not be found here. Camera-wise, we can also expect it to have a dual camera mode instead of the other big rumor about the S10 family, which we’ll discuss a little later on.

Beyond 1: FOD with dual camera only

The Galaxy S10 is expected to be a bit more special since 10 is a big number. One of the things that people are expecting it to have is the much-discussed Fingerprint on Display (FOD) sensor. It is a bit more expensive to make though as it costs seven times more than the usual fingerprint sensor placed at the back. It is rumored that Qualcomm will provide the optical fingerprint sensors while O-Film will supply key components. Camera-wise, it may have a normal main variable-aperture camera with 12MP and then another one with a super wide angle 16MP camera, both of which will be part of the dual main camera set up. It will also have a 6.2-inch curved Infinity Display.

Beyond 2: FOD with three cameras

Obviously, the biggest version of the Galaxy S10 will have better specs and features. It will also be the largest, with a 6.44-inch curved Infinity Display. Aside from the aforementioned FOD which will of course be here given its expected price point, this variant will also have three cameras on its rear display. It will have the same first two as the Beyond 1 device: a main camera with 12MP and f1.5/f2.4 and a wide angle camera with 16MP and f1.9. The third addition would be a zoom camera with 13MP and f2.4. It will be arranged as such: main cam in the middle, zoom lens on the left and wide angle one on the right.

When will we expect the Galaxy S10 series?

The new flagships are expected to be announced by February of 2019. So this means we have months of speculation to go. Until then, we’ll have to make do with the Galaxy Note 9 which is expected tp be announced later this year.

VIA: BGR, SAM Mobile, All About Samsung