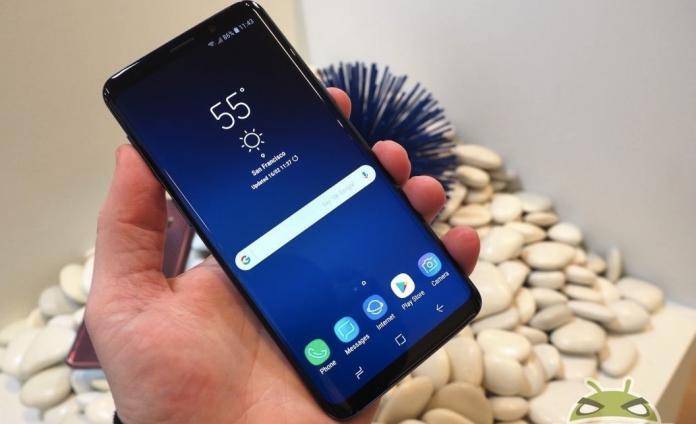 Now that the Galaxy Note 9 is out, it’s time to start anticipating for the next premium flagship phone from Samsung. The Galaxy Note and Galaxy S aren’t the only phones from the South Korean tech giant but we can all agree they’re highly anticipated for a number of reasons. The Galaxy Note 9 doesn’t have the on-screen fingerprint display we’ve been talking about but the Galaxy S10 definitely will have it. The Fingerprint On Display technology will be implemented on the upcoming hi-end phone.

The possibility of the FUD or what is simply a fingerprint sensor on the screen is likely to happen in 2019. Since biometric is still effective, Samsung is still looking into a new way of using a body part to authorize a user or unlock a screen as needed.

Such plan of Samsung has always been known but we’re getting closer to reality. The company is also believed to be using the technology not just on one S10 variant but three. This news is different from earlier reports only the premium models will have the on-screen sensor. A physical button for the lower model will still be understandable but looks like the brand has other plans.

This ultrasonic in-screen fingerprint scanner will be provided by Qualcomm and will be used in Galaxy S10 variants. Hopefully, this technology will be one of the phone’s main selling points.

We know of the plans and the promises but at this point, we’re concerned about if and when Samsung will make them come true. That’s all we want: to finally get to use the ultrasonic in-screen fingerprint scanner on a real, working phone–not in the next two years but next year, 2019, implemented on the Galaxy S10.

So much has been said about the Samsung Galaxy S10. The on-screen fingerprint sensor is said to be more secure and safe. We have seen similar technologies in the past but nothing is perfect yet.

We believe the on-screen fingerprint scanner will be a game-changer in many ways. It will be safer and more secure. Your phone will remain private, quick to access by the owner, and smarter.