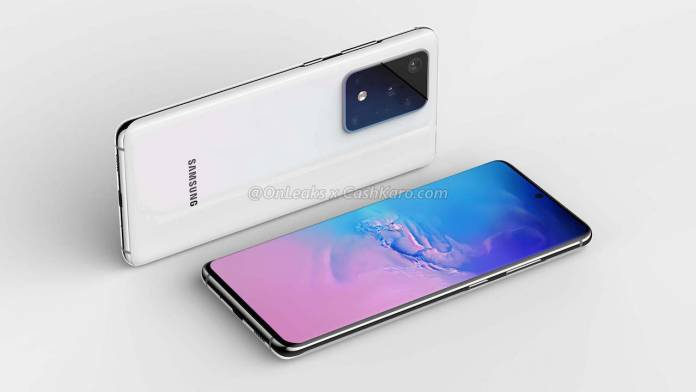 The Samsung Galaxy S11 is set to be unveiled in February during the Mobile World Congress (MWC 2020) or maybe even before. As early as July, we’ve been hearing about the next premium Galaxy S phone with an expandable screen as shown off in patent images. It’s not happening but we’ve been learning about the phone series more and more each week from the features to specs to rendered images. More details have been revealed already but we’re still taking things with a pinch of salt until the official announcement.

Much has been said about the Samsung Galaxy S11. The smartphone is expected to have smaller bezels and a camera hole, ISOCELL Bright HM1 sensor on the Plus variant, and an advanced rear camera system that includes a periscope optical zoom camera and 108 megapixels. The Galaxy S11 is also said to launch on February 18 with larger batteries, 5G charging, and 8K video recording at 30 fps.

A display panel surfaced a few weeks ago with a middle punch hole camera. Other possible features include the Bright Night sensor, laser autofocus, 25W fast-charging support, and a 4000mAh battery.

More Samsung Galaxy S11 details being shared online with more powerful features like a display with 20:9 aspect ratio, built-in spectrometer, 5x zoom cam, and a bigger fingerprint sensor. Now a recent tweet by UniverseIce tells us about the Galaxy S20.

Our favorite Chinese leakster said, “Next year is 2020, and 20 is a new beginning.” This could mean the next Galaxy S11 will be known as the Galaxy S20. Now that is a possibility and we think it will be easier to remember.