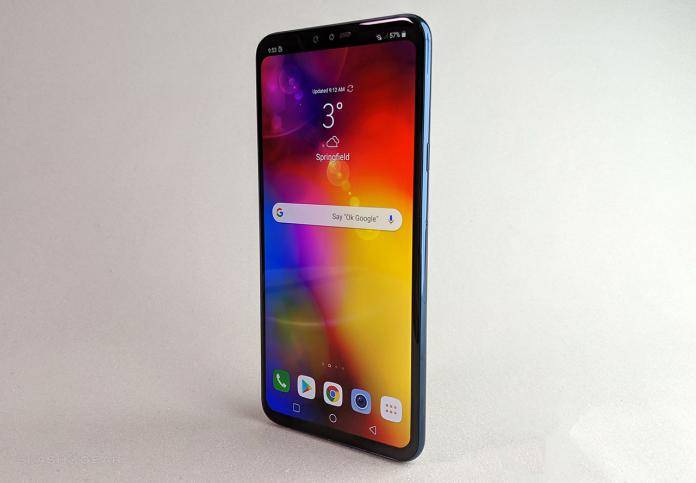 We’re ending the year with a few reviews of the last smartphones to be released. The LG V40 ThinQ first came to our senses in the form of an official press invitation. Triple cameras were said to be coming together with a display notch. An earlier design also showed the Android phone with five cameras (three rear + dual selfie shooters). The phone was unveiled officially back in October and we immediately noted the device’s Cine Shot feature makes cinemagraphs easy.

As one of the newer Android smartphones released this Q4, the LG V40 ThinQ made the five camera dream a reality.

Our LG V40 ThinQ hands-on feature made us realize the five cameras really is a serious business. It’s a newcomer alright but the other South Korean tech giant was able to open it for pre-order and for some, an early arrival.

The LG V40 ThinQ 64GB hit B&H and was listed with a discount. LG also announced a holiday promo on flagships and this phone is included.

LG’s latest V phone followed the LG V35 released in the first half of the year. Together with the LG X5 and LG X2, that one made our LG choice more difficult. We said before that instead of the LG V35 ThinQ, you’re better off with the G7 ThinQ.

As for the LG V40 ThinQ, this one is no doubt an improved version of the LG V35 ThinQ. It combines some of the important smartphone designs and trends we’ve known and we’ve seen in the past.

After a significant amount of time with and analysis of the phone, we can describe the LG V40 ThinQ as one of the best phones. 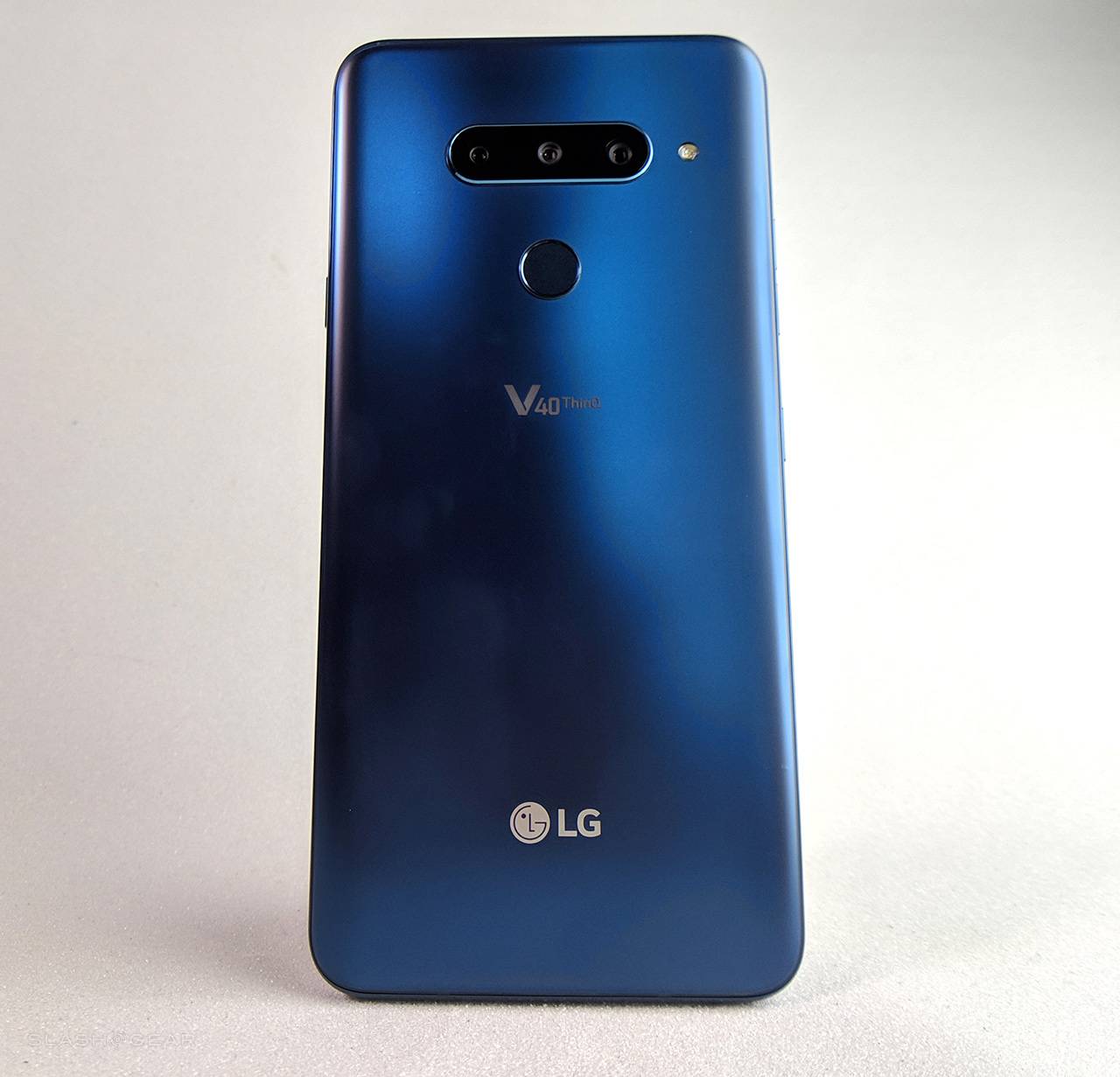 We’ve done an early hands-on feature before but we mainly focused on the five cameras. We knew it’s going to be insane for many reasons. It rolled out at the same time as the Samsung Galaxy Note 9 and the iPhone XS Max. The three can be compared but for now, we’ll focus on the LG V40 ThinQ.

The phone is said to be one of the most powerful phones today, thanks to the following specs and features: 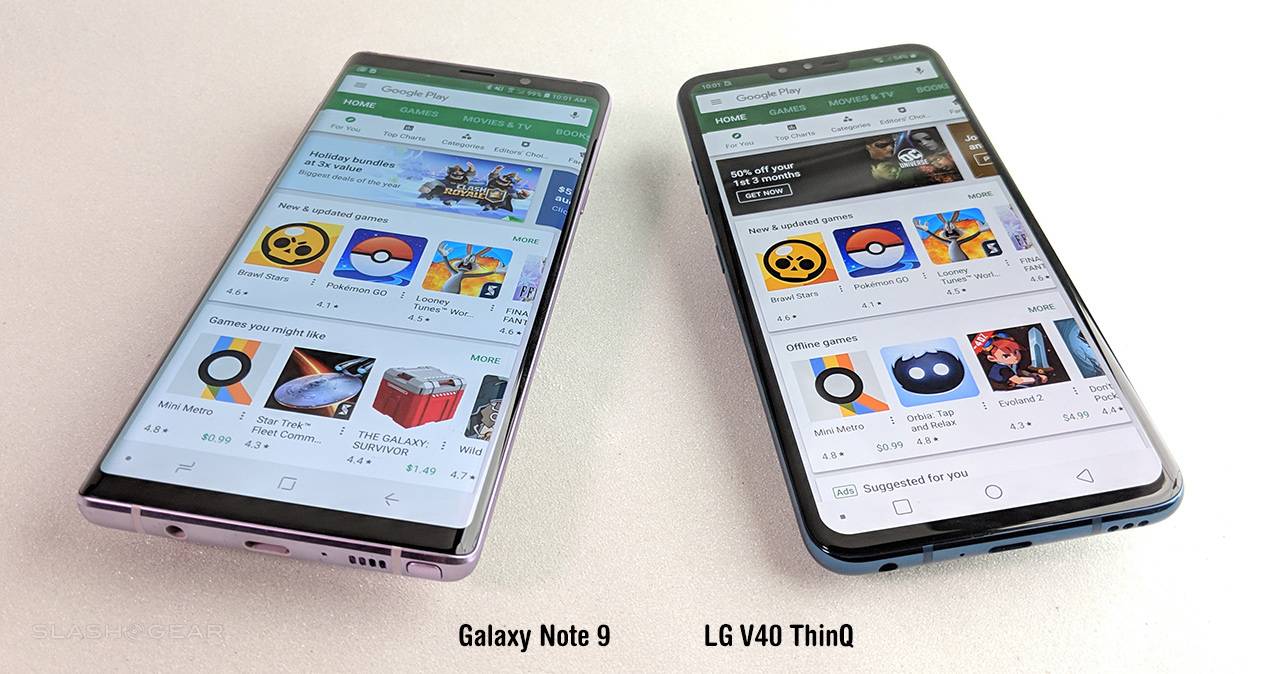 Unlike the Samsung Galaxy Note 9, this one doesn’t come with a stylus. Like the Huawei P20 Pro and the Huawei Mate 20 series, the LG V40 ThinQ makes an impression with a triple camera setup. It’s a premium-looking smartphone but is light and of just the right size. It will definitely remind you of previous LG smartphones with the notch design.

Holding the phone isn’t too slippery unlike other devices with a glass back. The placement of the rear fingerprint sensor is still convenient but we’re not sure about the horizontal orientation of the three cameras but we know it’s not the first to do so. For people with big hands, they can block the cameras while taking photos but that’s something that can be easily solved.

The LGV40 ThinQ review unit we have features a multi-tone backside. It’s reminiscent of Huawei’s gradient color but a more subtle version. Other colors available are the Aurora Black and Moroccan Blue editions.

The phone offers high-quality audio as made possible by the DTS:X 3D Surround sound and Hi-Fi Quad DAC. Expect full sound and a wide range of sound although they can be best enjoyed with headphones. LG still maintained the standard 3.5mm headphone jack so you don’t have to worry about getting adapters.

As for the user interface, LG uses its own UI on top of Android 8.1 Oreo. We’re not sure when the Android 9 pie version will be ready but it should be released anytime soon.

Take advantage of the Voice Assistant button. You can disable it if you don’t want but you can’t remap it—at least not yet. 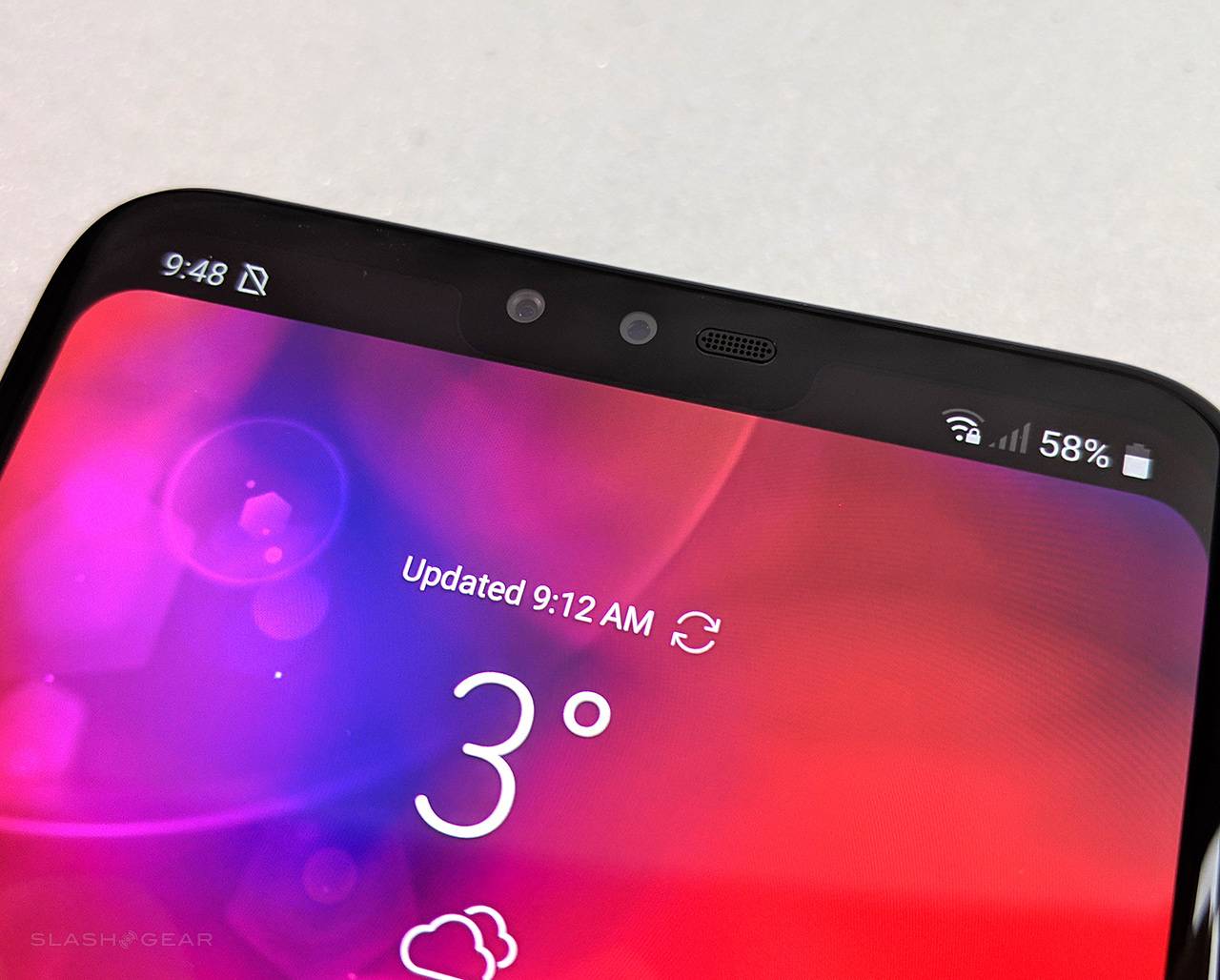 The notch is wide but it can be hidden. You can still preview the time, WiFi status, SIM status, connectivity, battery, and other information you want to know at a glance.

The LG V40’s multiple cameras include one standard, one 2x optical zoom. and one wide-angle lens. You can use all three to produce premium quality images.

Here is a video sample of the Triple Shot feature:

The Triple Shot camera app enables the phone to capture professional level photos. This feature allows you to use all three rear cameras at the same time. It won’t give three separate images but the phone will stitch up those three into a short video clip that transitions. Music can also be added.

The Cine Shot mode is sampled below:

Cine Shot allows cinemagraphs. These are mainly moving pictures. We earlier told you how this makes cinegraphs easy. It’s automated so you can quickly change those living photos. Choose how you want to animate and decide on how little or how much to control.

The phone’s battery can last up to a maximum of 8 hours. That is good enough for a full day of standard usage on a single charge.

You can quickly charge the phone if you’ve been easily it more heavily than usual. The LG V40 comes with Qi-standard wireless battery charging. Getting low on the battery may no longer be a frequent occurrence the phone can be fast-charged.