The LG V40 ThinQ was rumored to have triple cameras and was earlier shown off with a display notch. And then it was teased again with five cameras. It was officially unveiled earlier this October and we soon confirmed the triple rear and dual selfie cams. For mobile photography enthusiasts, the Cine Shot features is something to look forward to as it makes cinemagraphs easy. We’ve finally got our hands on a unit and we thought five cameras is definitely a serious business.

The LG V40 ThinQ is one of the frontrunners for this month. It’s a newcomer alright but it’s one of the most advanced with its premium specs and AI features. The smartphone finally reaches the United States and is available from major mobile carriers such as AT&T, Verizon Wireless, T-Mobile, and US Cellular and retailers like Best Buy and B&H Photo.

The device runs on LG UX 7.0+ and Android 8.1 Oreo OS, has IP68 dust and waterproof rating, and is MIL-STD-810G compliant. The LG V40 ThinQ boasts a front and back glass and aluminum frame.

Here are the prices and deals available for buying the LG V40 ThinQ Android phone in the United States: 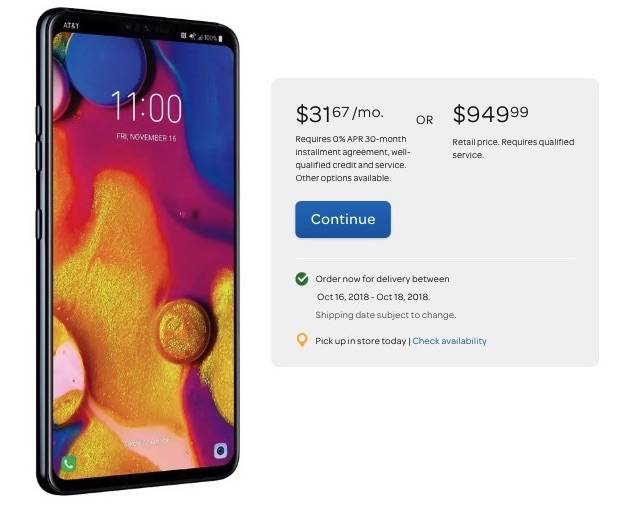 Full retail price on AT&T is $949.99 but you can also get it under an installment with a monthly fee of $31.67 for 30 months with zero downpayment via a qualified service or credit. Pre-order is now open for delivery between October 16 and 18, 2018. 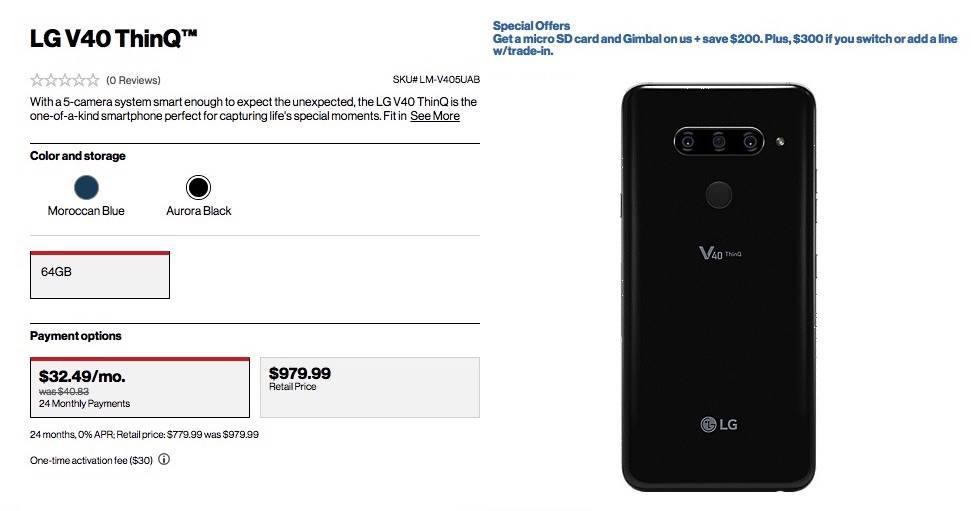 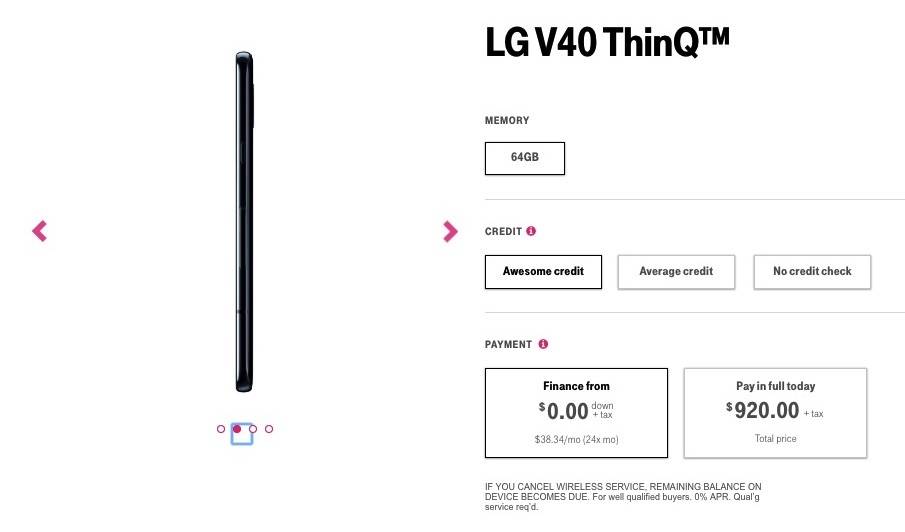 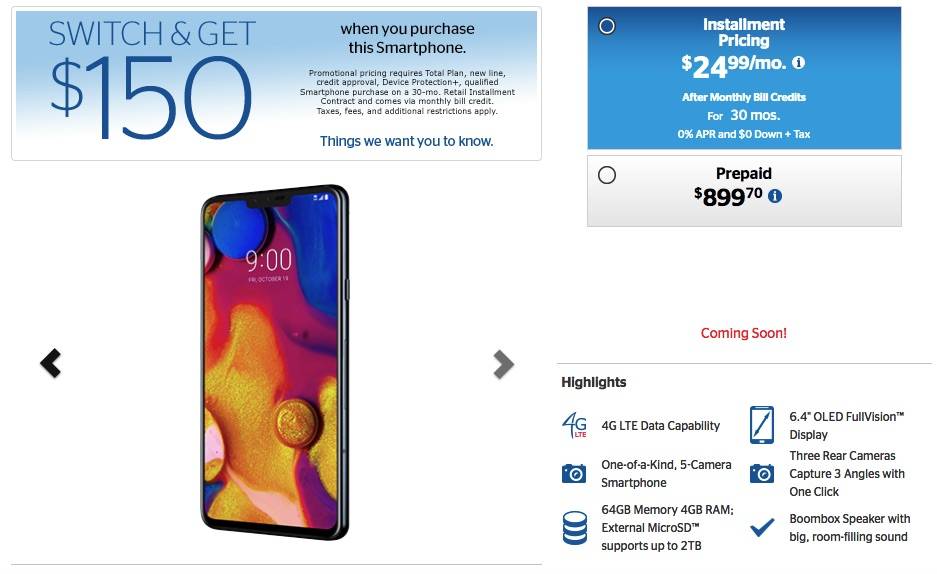 The new LG premium flagship smartphone is more affordable from US Cellular with an $899.70 price tag and installment price of $24.99 for 30 months.

The LG V40 ThinQ 64GB Unlocked variant from B&H costs $949.99. You can pre-order now before the October 19 availability.