Together with the LG X5 and LG X2, the LG V35 is making choice difficult for the consumers, or at least, those loyal LG fans. We know we said you should get the LG G7 ThinQ instead but the LG V35 ThinQ is still a winner in its own right. At launch, it’s not widely available but you can get one now from Project Fi in the United States in its unlocked state, as well as, from AT&T. The phone supports LTE, CMDA, and GSM which means you can use the device with other major networks such as Verizon and T-Mobile.

The price is premium at $899 but you can get it for a lower price of $599 on Amazon. The device is recently listed as a Prime Exclusive Phone so you can take advantage of the cheap price. On Project Fi, the LG phone is being offered together with the LG G7 ThinQ and the Moto G6.

Don’t be intimidated by the Prime Exclusive tag. The price is somewhat affordable but you have to accept the fact it will come pre-installed with a selection of Amazon apps. Enjoy Amazon Alexa, Amazon Shopping, and the Amazon Widget right on your new LG V35 ThinQ. Don’t worry though about the lockscreen ads because those have been removed earlier this year. 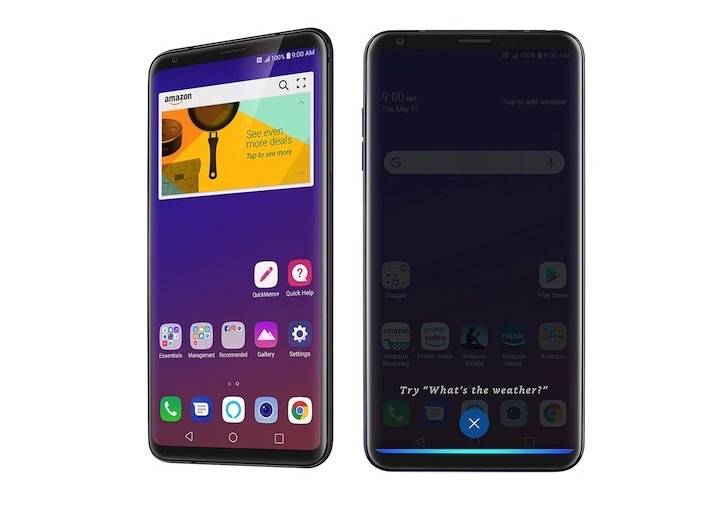 The Amazon Prime Exclusive LG V35 ThinQ joins the LG K30 as another LG-branded exclusive promo on the e-commerce website. Feel free to access Prime Photos, Prime Music, Prime TV shows and movies, plus daily deals that are offered exclusively to members. The single sign-on experience makes it convenient for everyone.

The phone is ready for rough and rugged use with its IP68 dust and water resistance plus MIL-STD-810G standard ratings. The ThinQ in the name adds AI functionalities to the LG V series so it’s similar to the LG G7 ThinQ and the LG V30S ThinQ. It’s mainly artificial intelligence so the phone is “smarter” than most smartphones.

ThinQ rethinks smartphones in several ways. The LG G7 premium flagship was upgraded with such so you know it’s better and more intelligent. It’s more of an update to the software and we welcome the technology because it makes any rather bleak phone more attractive and interesting. We don’t really care about the design because we want to know how the software and platform will perform. We’re interested in the speed and performance more than the outside appearance.