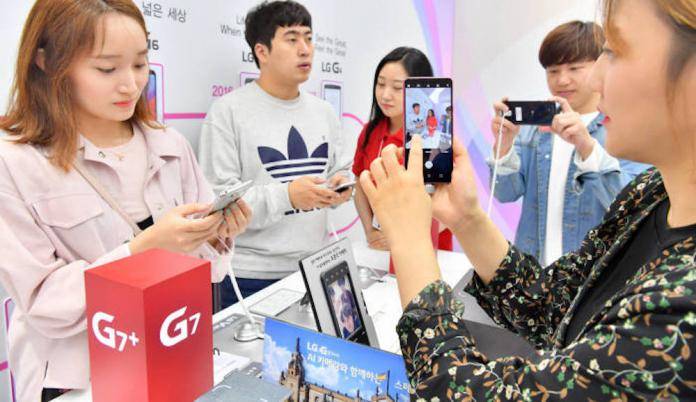 LG, the other South Korean tech giant, is launching a total of five smartphones in its native country. We already know about the LG G7 ThinQ and the LG Q7/Q7 Plus we featured recently. Three more are being added to the lineup: the LG V35, LG X5 (2018), and the LG X2 (2018). These phones are rolling out in South Korea first. We don’t know which ones will be released in other markets but we believe the company wants to provide several options to the locals. The top telecom services in South Korea will offer all models.

LG V35. We’ve seen details of the LG V35 leaked before. Its premium specs are comparable to the G7 ThinQ starting with the Qualcomm Snapdragon 845 processor, 16MP dual rear cameras, AI-focused imaging (Camera AI), plus a host of security systems: fingerprint, facial, and voice recognition. As for the pricing, the LG V35 will definitely be more affordable than the $833 (LG G7 ThinQ) which is about 898,700 won.