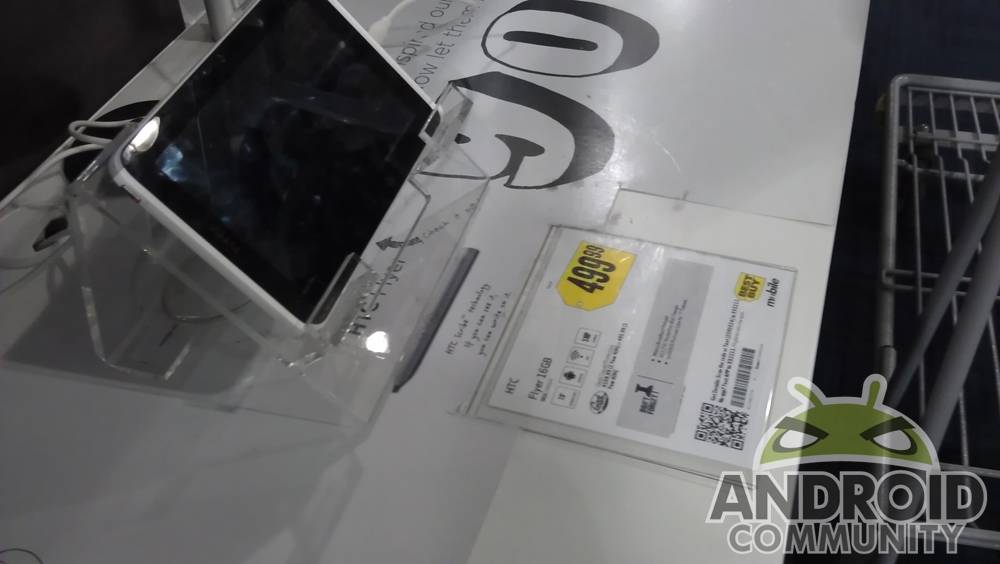 Starting this week in earnest, Best Buy will be revolutionizing the way you see tablets. That is, they’re dedicating quite a bit of floor space to the cause, and you’re not going to be able to see the laptops and the desktop computers without first having to get through the tablet gallery. In a move that can only point toward one thing, Best Buy’s suddenly shown their understanding of the way the market’s turning, and turning quick. In addition, as I’m sure you’ve already guessed, the majority of these tables are Androids, or in the case of the Barnes & Noble tablets, have Android in them, and Best Buy has most of them in stock!

You’ll recognize all your favorites, most of these tablets having been ones we’ve already either simply had hands-on time with or have reviewed in full, tablets from all walks of Android life, in all sizes and shapes! They’ve even got an HTC Flyer – just so long as you’re in the right part of the store, that is. They’ve also got the iPad and the iPad 2 in stock, but they’re set aside, inside the miniature Apple store that I’m sure you’ll find cute and lonely a bit further back in the store, and some HP tablets sitting in the center of it all with a rather nervous looking BlackBerry tablet sitting, again, to the side. 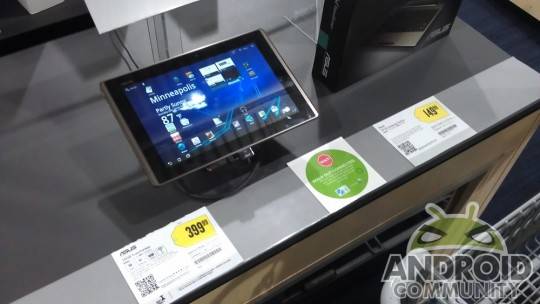 They’ve even got readers, so many readers, readers galore! But beware, the staff doesn’t quite seem entirely prepared as they should be for this new revolution, guessing at specs, having to check the cards, and on the whole thinking that the best choice for a tablet will be the one that you like to hold the best and/or can play your favorite radio station from the browser out of the box – really, there was a man who asked and was henceforth told to get a BlackBerry Playbook because “it has java.” Yes, super awesome!

Tablets we saw that we have reviews of already:

Huawei MediaPad!
Velocity Micro CRUZ eReader
The Simple Touch Reader – what we know as “The All New Nook!”
NOOK Color

Beyond the point that this is not the supremely awesome utopia of tablet support we’ve been hoping for, it’s certainly better than anyone else on the market is doing for tabletkind. Have you heard of [our vendetta against Target and their pitiful treatment of the XOOM and the Acer Iconia Tab A500?] We’re sure they’ll be thinking twice about keeping that setup now. 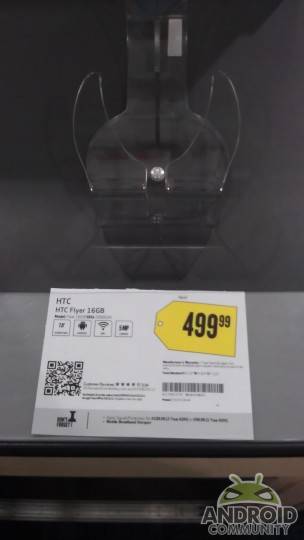 Check above and below at how these tablets are being displayed, all of it in a series of tablets not unlike Apple SORT OF displays their products the same way in-store. Will we experience [a Tabletpalooza] on the market instead of just on the web? We’ll see!