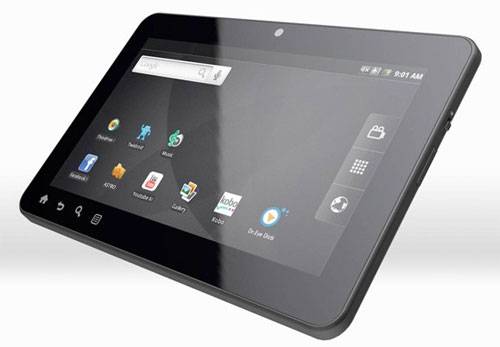 Velocity Micro has had some of its cool Android-powered Cruz tablets up for pre-order for a while now. The company is showing off its Cruz line at CES 2011 this week with the addition of three new Cruz tablets to the lineup. The first of the new offerings is the L510 with a 10.1-inch 1366 x 768 capacitive touchscreen and a thin design. The machine has NVIDIA Tegra 250 chipset, dual-core CPU at 1GHz, front and rear cameras, 3G options, Bluetooth, GPS, HDMI output and runs Android 2.2/2.3 for the OS.

The L37 has a 7-inch screen with capacitive touch and a resolution of 1024 x 600. It has WiFi, 4GB of internal memory, and front and rear cameras. Other features include 3G options, GPS, Bluetooth, micro HDMI output and it runs Android 2.2/2.3 for the OS. All of the new tablets have the Amazon Kindle app installed. Pricing and availability are unannounced at this time.