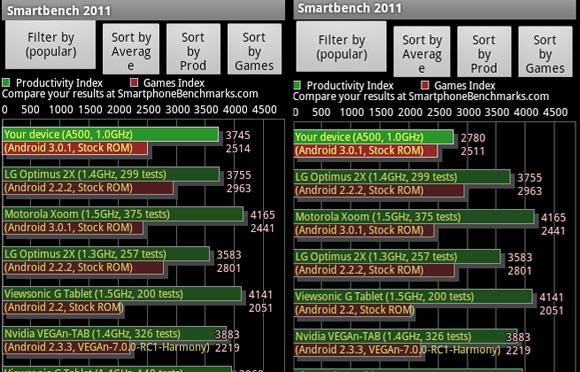 Welcome to the next big fat item on our list of the Honeycomb wave. This is the ACER Iconia Tab A500 Android 3.0 Honeycomb tablet. Inside you’ll find what’s basically an untouched version of Google’s tablet-optimized mobile operating system with a few apps added and a couple of generally alright cameras in play for a oddly shaped package of mixed conclusions indeed. With this tablet, Acer hopes to cut holes in the tablet market. Will they have the guts to trick it out? Find out, here and now! 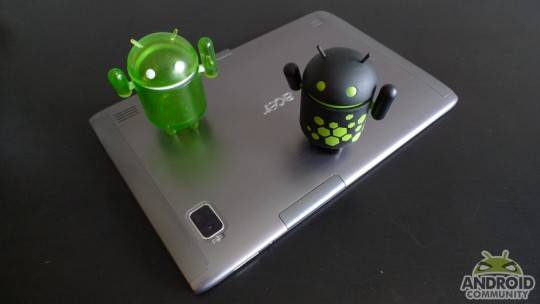 The display on this slate is sitting at a resolution of 800 x 1280 pixels and it’s LCD. On the front of this device is a 2-megapixel camera whilst the back totes a 5-megapixel camera with LED flash and auto-focus. And what’s inside powering all this sweet stuff? Our good pal NVIDIA! You’ll be working an Tegra 250 Dual cortex A9 1GHz processor, a fabulous customer indeed – as you’ll be seeing in Performance below. 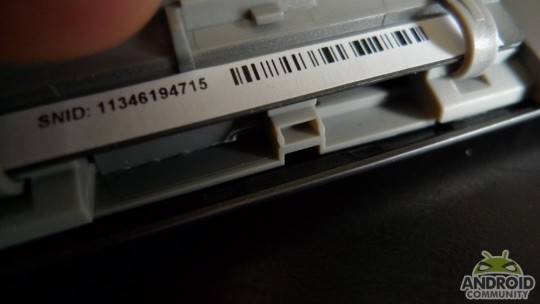 AND this monster will be supporting LTE speeds. Get your racecars out for when that’s going to occur. Currently we’re just in Wifi so we’ve got not tests as such. The same goes for the USB port – This is a MASTER port which means it’ll run things like USB keyboards down the line, along with other magical items that noone can even fathom quite yet. Any more ideas? 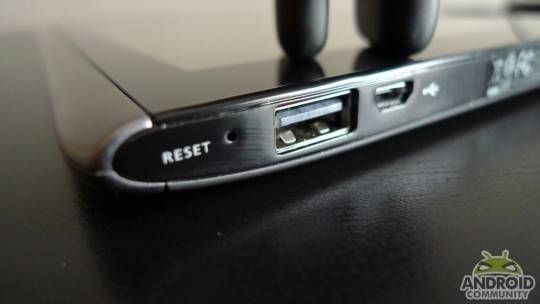 If you know anything about Honeycomb, you know basically everything about the insides of this device other than a few key points. There’s a few apps in here that make a bit of difference, one of them an organizational system that essentially amounts to some clever wallpapers helping you visualize where your apps should be. There’s also an app by the name of Clear.fi. It’s called Acer Clear.fi to be more specific, and it works a simple-to-use wireless network that works between whichever devices you’ve got the app installed on, you able to share media this way at will. 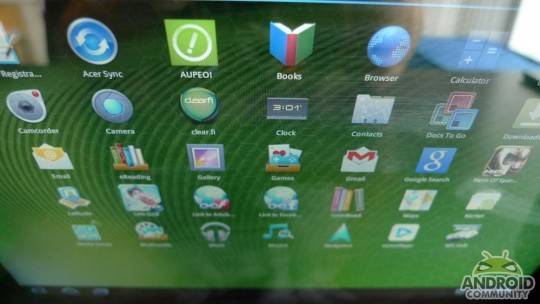 Other than that, it’s the usual set of NVIDIA items, Tegra Zone, (which you can get a full review of here,) Hero of Sparta 2 (from Gameprom,) Need for Speed Shift HD, and the rest. There’s less than 40 apps on the tablet when you get it, that being ok but not the best when it comes to having a small amount of apps, (ideal if you ask anyone I know,) but definitely alright.

Take a peek at a lookthrough of the device here:

Mostly familiar with a few bits and pieces of extra cogs and pulleys – yes? 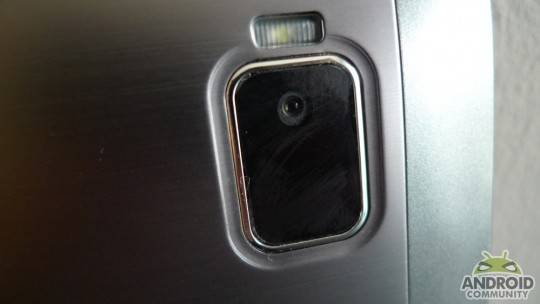 On this device when you’re considering just the hard numbers given to the cameras, it seems a bit odd that the front would be given the highest rated camera on the tablet market at the moment, and the back camera would be given the second highest. That is to say that front-facing cameras are quite often 2-megapixels at their highest while back-facing cameras are getting up around 8-megapixels these days, the A500’s back-facing camera is sitting slightly lower at 5. But they’re just numbers, right? Let’s have a look at what some example photos might hold for evidence: 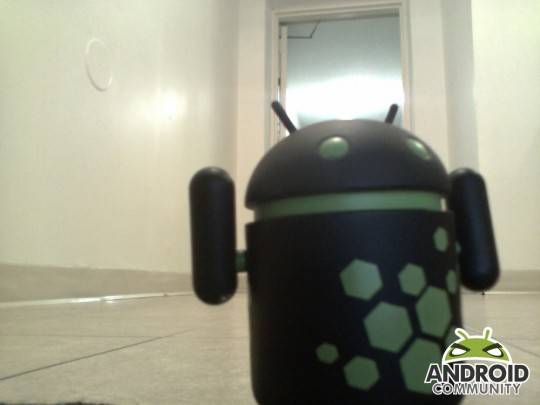 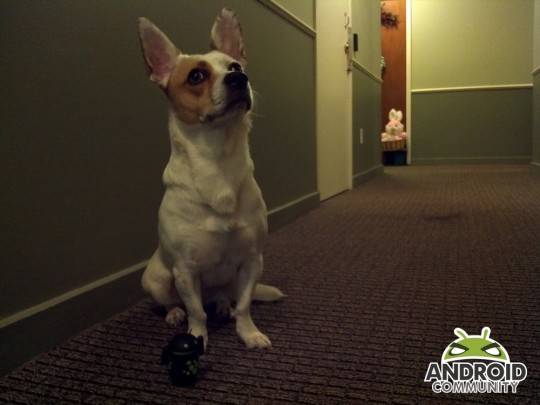 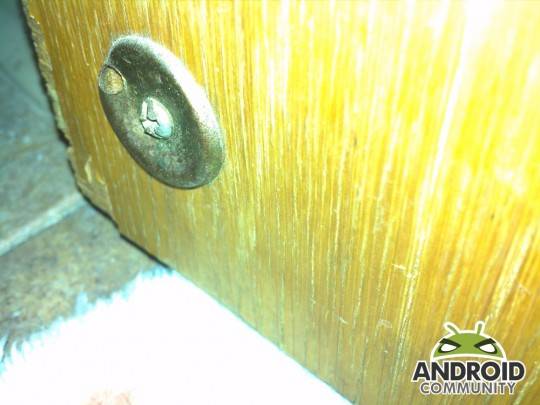 You’ll notice a little bit of color oddness going on in both videos. Looking at the screen while either of the cameras were activated showed a slightly fuzzy image due to discoloration as well. Photos appear to have been unaffected. 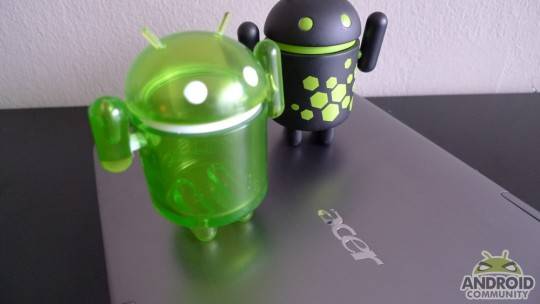 Like every other dual-core tablet we’ve had out hands on thus far, (each of them also toting a Tegra 2 processor as well,) everything is zippy. Games open faster than they appear to on single core systems, the tablet displays colors brilliantly, and the device doesn’t appear to have anything holding it back. Would you like to see some benchmarks? Let’s have a look! 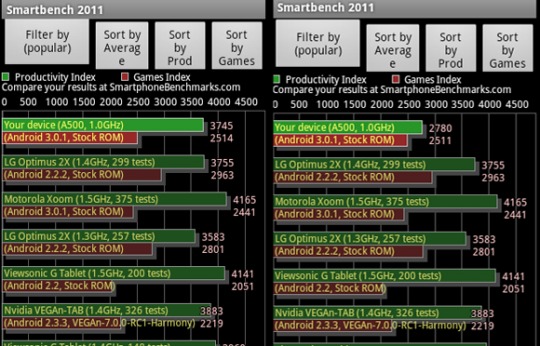 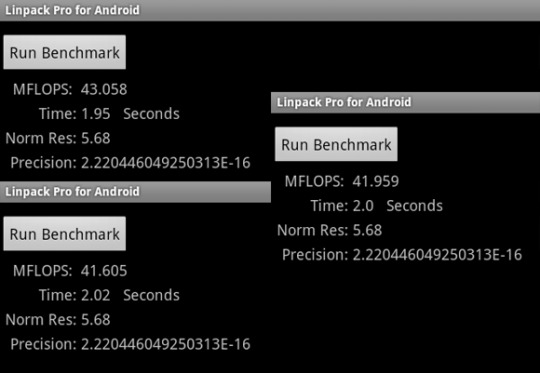 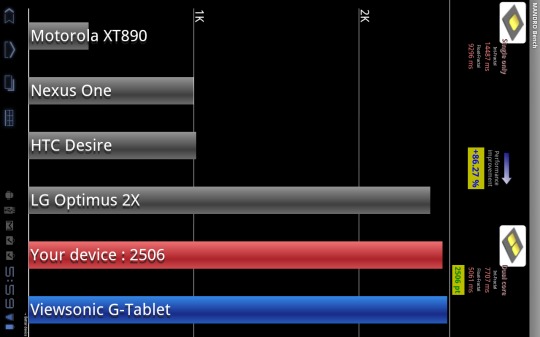 As you can see, this is another device that’s right up inside the top guns with the other two devices we just had a look at. Interesting, yes? Have a look at those results: T-Mobile G-Slate and T-Mobile G2x. Powerwheels! If it’s just the numbers in here that matter, then it’s not the numbers you can go by, it’s the hardware. 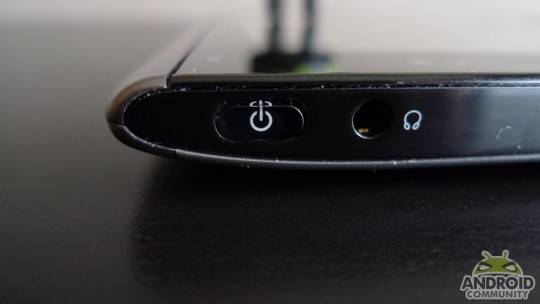 There is one fat battery in this mother, and it’s 3260 mAh, which means it should last quite a while at any level of usage. In fact, what I’ve seen with this device is that you’re going to be able to go AT LEAST 24 hours with medium use. If you watch movies the entire time, you’re looking at only 2 or three probably, but you never know. Medium to high use, 24 hours or more. That’s what’s going on here. And the charging goes quick too, great transformer up in here. Zero to 100% in under an hour. 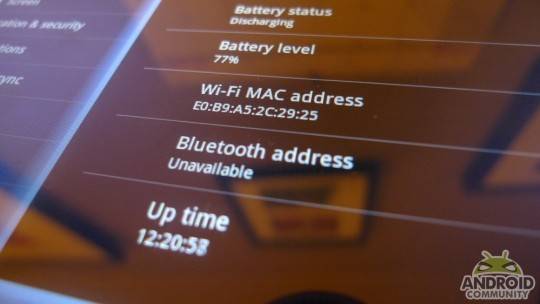 If you’ve got an Acer monitor for your computer right this moment, then this is the tablet for you. Acer makes lovely items that run Windows OS and display cool graphics via wires fun from PC computers. They also make pretty laptops that run Windows and now they’ve got a tablet that runs Android 3.0 Honeycomb. This is their first realistic run at finding their way into the Android community and they’ve gone directly for the throat – the boss, the big cheese, the 10.1-inch tablet 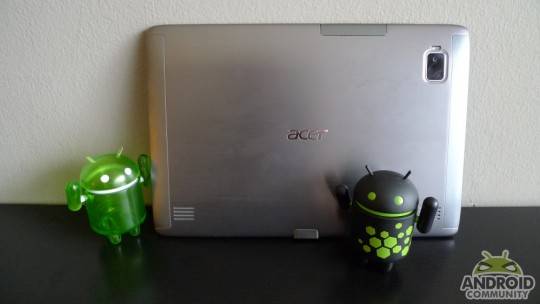 This is the throat of Android beast, and Acer has decided to cut at it with an aluminum sword. Is it enough? It’s enough to cut out a chunk of the sales of the rest of the Android tablets out there because people will like the look of it and people trust the name Acer, especially if they already own, say, an Android monitor. If they like the idea of a full-sized USB plug being on their tablet, this is their only choice right this moment. If someone wants to beat the pants off the G-Slate and the XOOM and the G2x in benchmark tests but wants to do it with another name attached, here comes the Acer Iconia Tab A500 to the rescue! 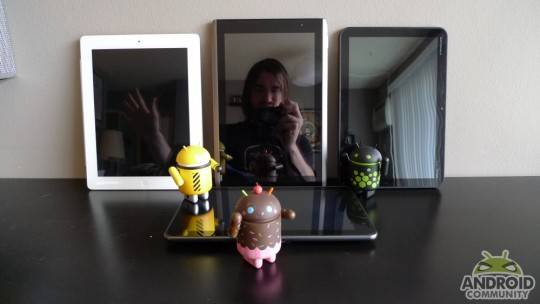 How though then will you decide between this tablet and the rest? You could consider the cost, though the difference is right around $100, and you’re already spending at least $400 on a device you’ll either be purchasing for fun or for business, so either way $100 isn’t a big difference. So what’s that leave – processor speed? Internal storage? Compared to the competition, they’re also essentially the same.

How about the hardware?

Ah, that’s the stuff. This device has a Dolby speaker system, it’s light, has a casing that’s nearly wholly aluminum, and it’s silver. If you’ll take a look at the image above, you’ll see that it’s got a whole different situation going on compared to the rest of the tablets that’ve come out in the recent past, and it’s made by Acer. 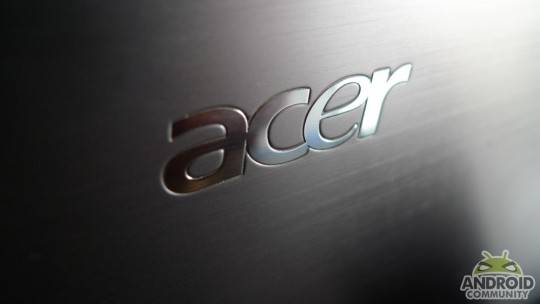 My best recommendation for everyone considering what Android tablet to purchase in these early Honeycomb days is to go to the store and handle the tablets, even if you aren’t able to turn them on. These other specs matter, but if you’re going to be using a tablet extensively, you’re going to want to like how it feels in your hands and on your lap. This is a new concept, something that’s been around since advent of laptops, but like never before : it’s in this tablet and its metal and plastic brethren: