Another week of tech news has come and gone, and in this issue of Android Community Weekly we revisit some rather interesting posts! First off, it’s the 2011 first annual Android Community TABLETPALOOZA! In this first week, we’ll be giving away a free Acer Iconia Tab A500; a winner will be picked every Monday so be sure to sign up soon! Chris Burns was one of the first members of our staff to adopt the new social platform Google+ last week; we finally have our entire team up and running so be sure to add us to your circles!

This past Tuesday we were further informed of Verizon’s new tiered data fees that were confirmed for July 7th. Unfortunately, it is now too late to jump on the unlimited data plan for new subscribers, but previous 3G customers will still be able to get an unlimited tethering plan when upgrading to 4G LTE. For Verizon customers in the market for a new device, the HTC Thunderbolt may be available on the official Verizon website for free very soon. Wednesday, a new Motorola tablet hit the FCC that hinted the specifications of an upcoming XOOM LTE or XOOM 2. Hopefully, the 4G LTE upgrade to the original XOOM makes its way to the public prior to another XOOM release. New information on the Droid 3 surfaced this week as it’s launch to a few lucky buyers was Friday. Motorola also confirmed the Droid 3 will be shipping with a locked bootloader, so underground development for the device will take off much slower. It will be priced at $199 on a new contract, and only $459 outright. The Droid 3 on the Verizon website was live as of Thursday.

A Nexus S 4G software update (GRJ90) is scheduled to come July 11th, and is said to enable the NFC secure element, include a 4G settings widget, and may even fix some of the Wi-Fi connectivity problems many users were previously facing. The Google+ Android application now has NFC support. Though very few phones have it (Nexus S 4G included), the Google+ app will allow quicker sharing of NFC tags. Other software updates to look out for are upgrades to Gingerbread for the Galaxy Tab, Vibrant, Incredible S, Desire Z, and Motorola ATRIX. You should expect these devices to be running Gingerbread at latest by the end of summer. A Gingerbread update is commencing now for the Droid Incredible 2, so be sure to watch for that OTA!

The Samsung Dart was reviewed by Chris Burns Tuesday; and surprisingly – the quality of the camera was quite impressive! It is a very basic phone with basic hardware, so don’t expect it to compete with the latest and greatest. Yet another tablet reviewed this week was the BeBook Live. It proved to be a well-functioning tablet with the inexpensive hardware included, but with a few extra dollars you could buy a Galaxy Tab with much better specs.

Expect native screenshots in the latest nightlies of CyanogenMod7; to actually operate them the user holds down the power button just like powering down their phone – but instead of selecting Power Off, you choose to take a screenshot. Other development risen this week were new kernels developed for the recently unlocked Motorola ATRIX (one kernel overclocking the device to 1.2GHz). Both the HTC Sensation and EVO 3D can now be overclocked to 1.7GHz with setCPU as well. Hopefully a permanent root can be achieved for both of these devices very soon.

Nintendo issued a statement this week confirming that it will not take part in developing games for Android and iOS. Though disappointing, hopefully they reconsider soon – mobile gaming on smartphones is the future. Finally, the Android Community App of the Week is News360 – one of the most polished news feed apps that’s on the Android Market. 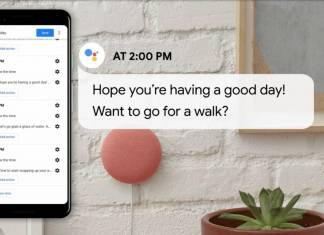 Ida Torres - September 24, 2020
With a lot of people now temporarily (or permanently) working from home, you have to get more creative to manage your time and space...