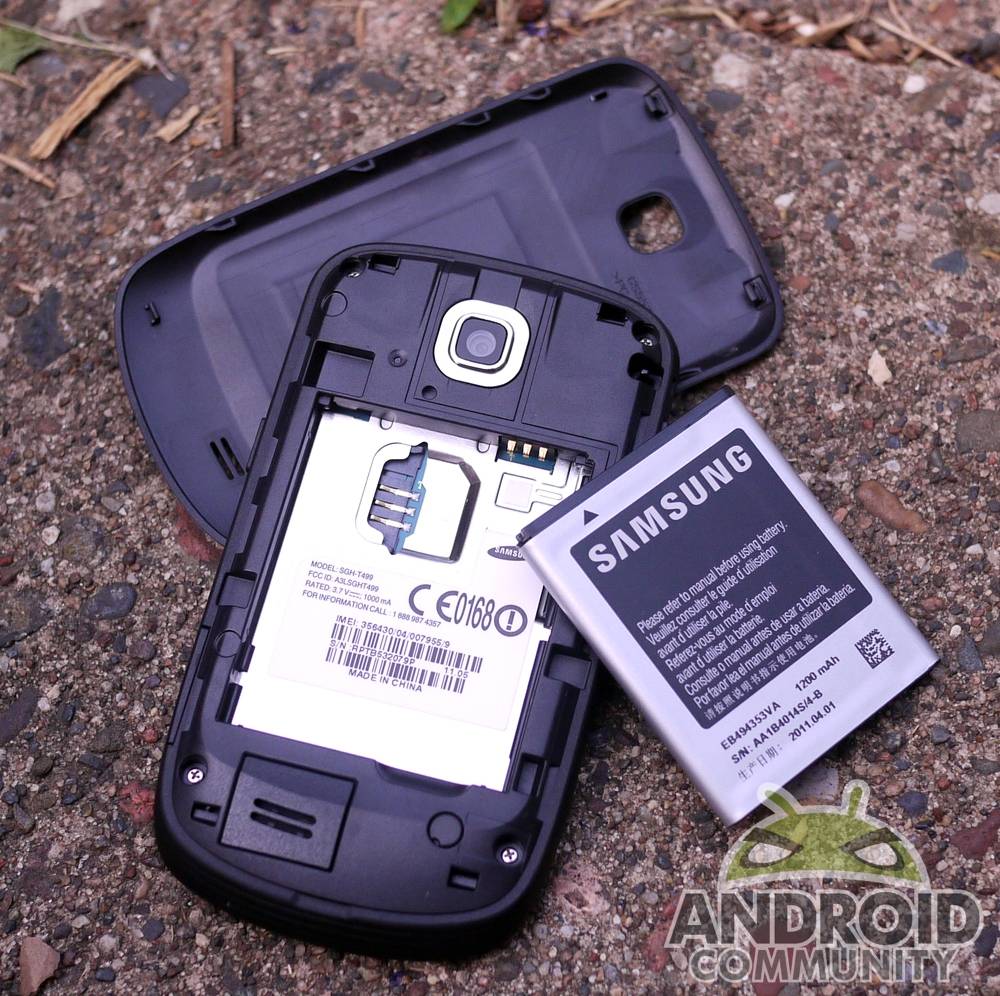 What we’ve got here is one of three new efforts on the mid-range smartphone front coming straight outta Samsung. This is the Samsung Dart, the tiniest of the three, all three of these new devices of which we speak coming out on T-Mobile. The first thing you should be considering when taking a peek at these devices is how they add up to similar devices such as the LG Optimus V, LG’s mid-range superhero. Will this be your entrance into the world of Android? Should you buy one for your grandmother? Let’s have a talk about it.

Before we begin, let’s take a look at how this device fits in the hand and feels sitting next to the rest of the Samsung mid-range pack. The following video comes from our hands-on and unboxing post from last week:

What you’ve got here is one of the most compact Android devices on the market, weighing in at 3.80 oz (108 g) and sized at 4.09 x 2.40 x 0.51 (104 x 61 x 13 mm). It’s for a 3.14-inch TFT 240×320 pixel display, giving it a nice change from what you’re used to if what you’ve been using is crappy feature phones, but looking like a rather low-class contender if you’re putting it next to the top-tier devices with their best-in-class brightness and resolution. It’s small and it does not pretend to be large in any way at all. 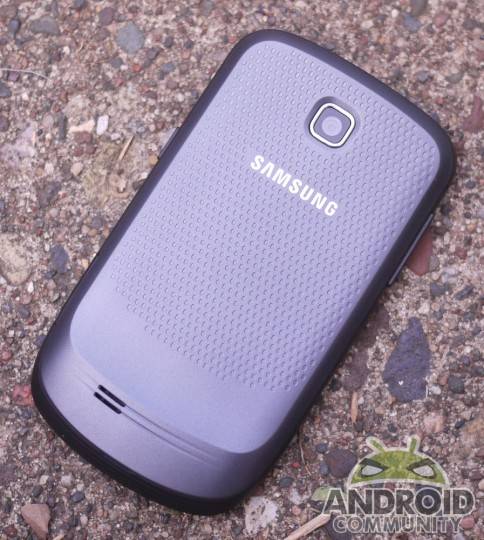 It’s got a 600 MHz processor and a 1200 mAh battery, which means that you’ll be getting more than the average day we’ve been seeing on recent smartphones and superphones, but you won’t be playing many bigtime games on the device – Angry Birds works OK, but it’s certainly not as smooth as you’re going to see it running on more expensive devices. 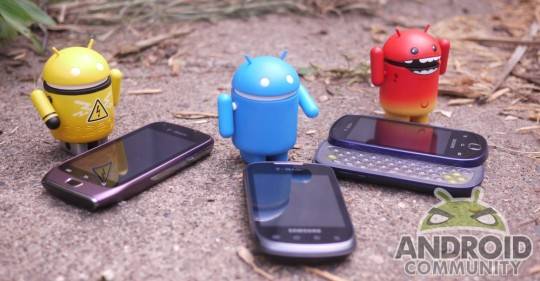 The casing is on-par with lower-tier devices, but the display, glass, and overall industrial design in the device is this reviewers favorite of the three Samsung devices in this same class. While the Gravity Smart does have a pull-out keyboard, it seems slightly cheaper in its construction than the Dart, and the Exhibit 4G makes us wish it was a Nexus S – furthermore, this is the one of the three with all four Android menu buttons instead of the odd large physical button in place of the home button. That one button appears on these other devices to be a joystick sort of situation, but as it turns out to just be a button, it’s a bit disappointing. Thusly, Dart wins!

This device is running a version of Samsung TouchWiz that, by all means, sits nicely in a device that’s meant to be an entry drug into the world of Android. Once people use TouchWiz for the 2 years or so they’ll be using this device then realize there’s a much more stripped-down version of Android out there, they’ll be more than willing to continue their journey into the rest of the manufacturers worlds OR, if it’s Samsung’s intent to show off the better newer versions of TouchWiz by providing this device with the lower-requirements earlier versions, they’ve done it right here. 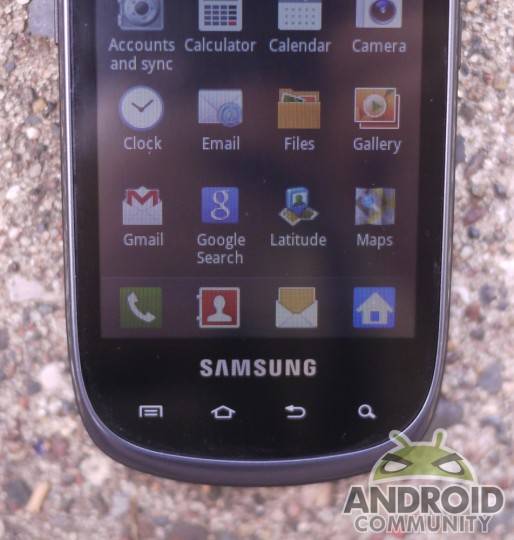 This device comes with the fewest amount of third-party apps of the three Samsung devices we’re talking about here, allowing you to be the judge of what you want to be working with via the Android Market.

The camera is a tiny 3-megapixel no-flash multi-shot panorama smile detector, but it does take surprisingly OK shots at such a small resolution. Have a peek at one or two here: 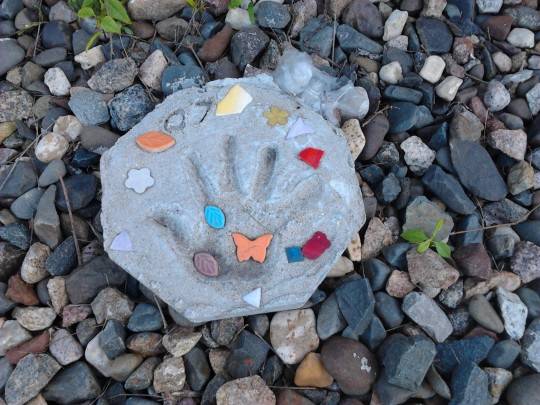 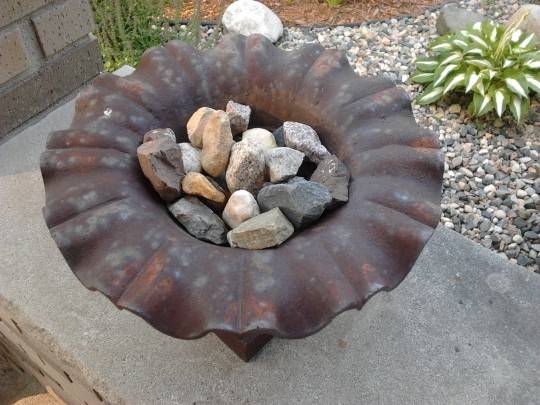 The speakerphone here is as mid-range as you’d expect it to be, but the call quality is just as high-class on both ends as any upper-range device on the market today. Smartphones are smartphones when it comes to call quality for the most part, and the Dart plays along nicely. The battery also sticks up for itself, not surprisingly because the device has such low power requirements that there’s no way you’re NOT going to get more than a day out of the device. 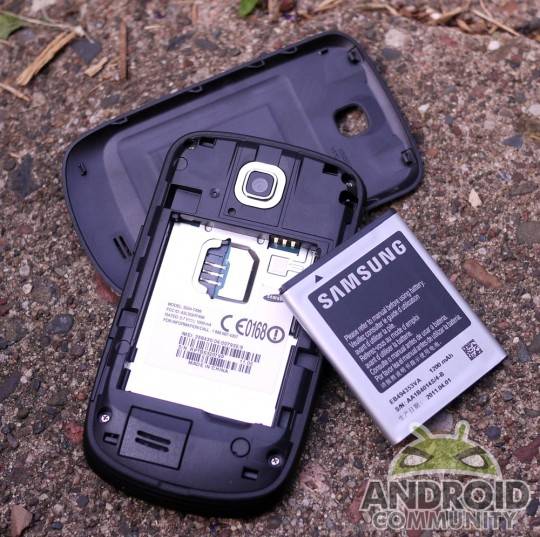 The Samsung Dart, again, is part of a suite of three Samsung mid-range smartphones coming out on T-Mobile in the USA. The other two are also being reviewed here in Android Community, links to both being added below in this post once they’re up. In this reviewer’s opinion, you’ll get the most for your money out of the Dart if you’re comparing it to the other two Samsung devices. While it still doesn’t match up to the power and near-perfect construction of the Optimus line (such as the Optimus U, for example,) of mid-range Android smartphones, it beats out the other Samsung devices in this set because it makes no false claims at being more than what it is.

The Dart is tiny because there’s no reason to make it larger, has the bare minimum of apps and power for one of the most basic Android experiences you’ll be able to find on a US carrier today. This device is made for people already on T-Mobile who hope to upgrade to an Android device with a low cost. If a person wanted to get into Android and would be switching from a different carrier, there’s always deals for Android devices that cost next to nothing on 2-year deals, thusly making these mid-range devices and their low costs obsolete. That said, the Dart is decent for what it is, the most basic, simple, low power Samsung Android on the market.