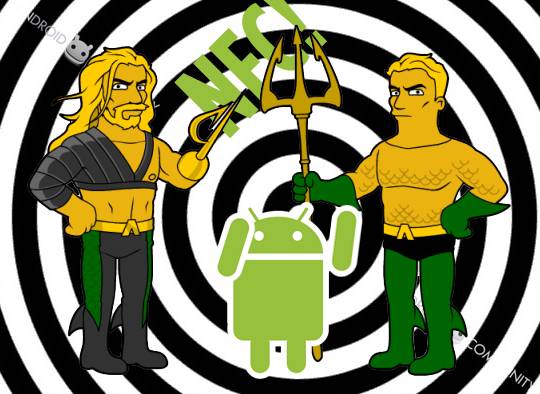 Google has a tendency to use their different technologies and services to promote one another, and it sure looks like Google+ will be no exception. It turns out that phones with NFC, a small list at the moment, are capable of reading NFC tags with the Google+ app, to allow for quicker sharing. Obviously this won’t be any sort of killer feature until NFC spreads a bit, especially to other phones.

Google has been promoting NFC, or near-field communications, for a while now. The last we heard of the super short range (think 1-2 centimeters) wireless communications for Android was when Google announced Google Wallet. With all the excitement around Google+, we couldn’t fault you for forgetting about NFC, but clearly Google hasn’t forgotten about NFC. The benefit for integration with Google+ would presumably shine brightest for location sharing, a la Google Places.

In the video above, we see a demo from a custom NFC tag. Here the NFC has text, which upon contact with the Nexus S launches the Google+ app, with that text set to be shared. In the future I imagine this would allow people to create NFC tags specifically for the purpose of being shared on Google+, should Google get their way. There are still a couple technologies that need to mature first for NFC and Google+ to be together in the perfect harmony Google has envisioned.

[via Near Field Communications World]