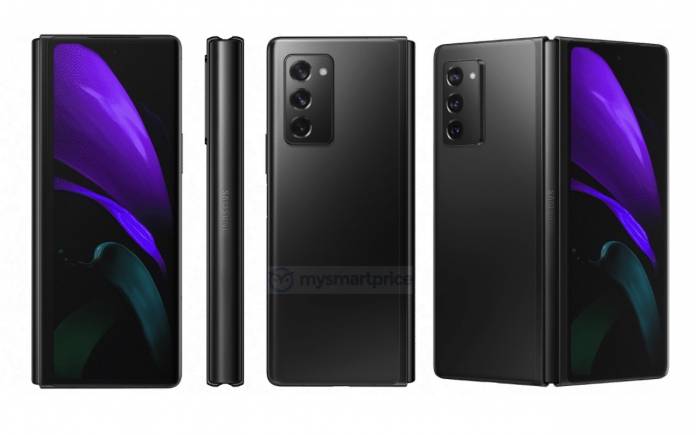 The Samsung Galaxy Z Fold 2 will launch together with four other new devices from the South Korean tech giant. The Galaxy Note 20, Galaxy Tab S7, Galaxy Watch 3, and the Galaxy Buds Live will be joined by the next-gen foldable phone from Samsung. The August 5 virtual-only Galaxy Unpacked 2020 is happening on the 5th of August and we can’t wait to confirm everything we know. It won’t be available right away. Sources say market release will be on September 18.

As for the pricing, the device may be listed with a price tag that reads 2398000 won. That is about $2,018 in the US. If that’s true, then it’s not “more affordable” compared to the previous model but still around the same price point. That’s not surprising because this phone is supposedly “better”.

In South Korea, the three telecom companies are said to be testing the Galaxy Z Fold 2 on their networks already. By next week, we’ll see if the things we’ve been saying here are true starting with the image renders, enhanced cameras, a gold version, plus several upgrades and new features.

We can look forward to the 25W fast charger, punch-hole selfie camera, two batteries with lower capacity, waterproof with an official IP rating, Ultra-Thin Glass, 120Hz screen, and larger screens than the 1st-gen. We’re not sure about the S Pen stylus input though. We expect the smartphone to come with big improvements over the 1st gen.