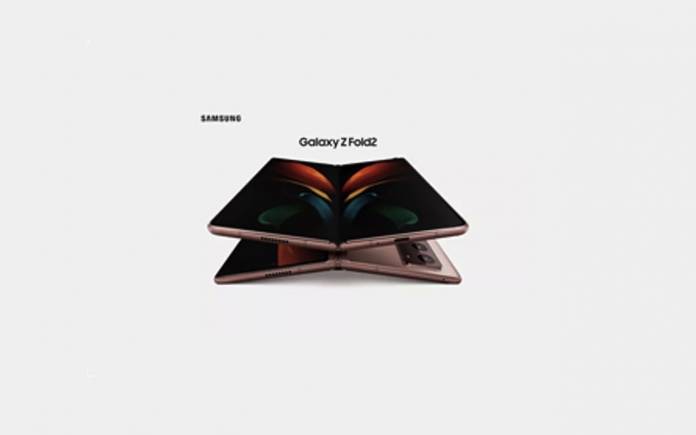 Next month, Samsung is scheduled to unveil five new devices. The lineup includes the premium flagship Galaxy Note 20, Galaxy Tab S7, Galaxy Watch 3, Galaxy Buds (or Galaxy Beans), and the Galaxy Z Fold 2. The latter will be the 2nd-gen Galaxy Fold offering from the South Korean tech giant. We heard it may not be ready for the Unpacked 2020 event but it was already confirmed it would be unveiled next month. It’s been a hot topic recently and in about two weeks, we’ll get to see the upgrades and new features.

The Samsung Galaxy Z Fold 2 will be introduced right on schedule but its release may not happen “till as late as early October”. Save the date: August 5. It is when we’ll get to confirm everything we know.

The next Galaxy Fold will look similar to the original model. The features will be upgraded definitely. It looks like two Galaxy phones are joined to form one larger foldable phone. We can probably look forward to a new color: copper or rose gold.

Some of the notable changes include the rear of the hinge. Of course, you can’t see that on the blurry image above. The foldable phone appears to come with a camera system similar to the Galaxy S20 series.

The Galaxy Fold 2 is said to come with the following rear cameras: 64MP primary camera, 12MP ultra-wide, and a 12MP telephoto. The selfie camera is under a punch-hole instead of a notch. Other specs include a 7.7-inch screen when unfolded. That is bigger than the 7.3-inch from the original version.

The external display will be 6.23-inches compared to the previous 4.6-inches. The phone will come with two batteries but with a lower capacity, larger screens, waterproof with an official IP rating, Ultra-Thin Glass, and S Pen support. On August 5, we’ll know for sure what the Galaxy Z Fold 2 will bring new and different to the market. Let’s wait and see.