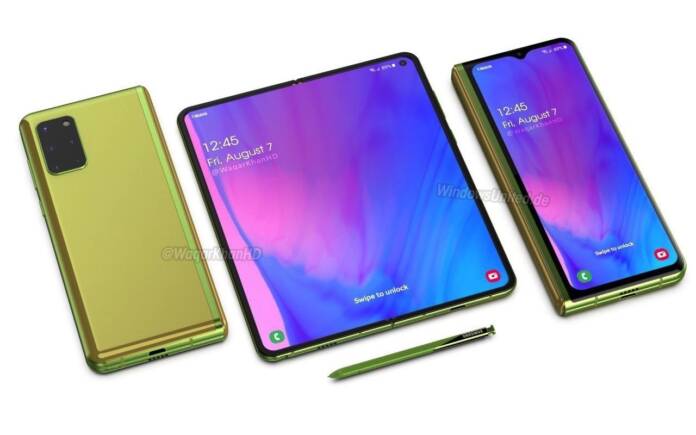 Samsung is expected to launch its 3rd-gen Galaxy Fold. By that we mean the third foldable phone from the South Korean tech giant after the original Galaxy Fold introduced in 2019 and the Galaxy Z Flip that was launched earlier this year. The two come in different form factors but they are basically part of the same line from Samsung. The company has been working on such a foldable phone category for years and it’s now on its third model. The first two aren’t exactly perfect but they’re decent enough to be called foldable phones.

The third foldable phone may be announced in the second half of this year. An August launch may be expected as mass production of the finished Galaxy Fold could happen in June or July. The Samsung foldable phone could be like the original model with a horizontal fold.

Production of the parts is believed to begin in May with the phone being manufactured the following month or during summer. This makes Samsung ready to deliver its second foldable phone for the year.

An August product release may also coincide with the announcement of the next Galaxy Note series phone. We can look forward to a Galaxy Note 20 (or Galaxy Note 11) to be introduced together with the foldable phone. The Samsung Galaxy Fold 3 (or Galaxy Fold 2) may also arrive with an 8-inch screen. It will be similar to the original Galaxy Fold in design but may possibly be lightweight.

We can also expect the Galaxy Fold 3 will have a premium price. This means the consumers have more pricey choices from Samsung in H2 2020. We can anticipate for the Galaxy Note 20, Galaxy Note 20+, and this Galaxy Fold 2. Samsung is believed to be adopting the same strategy of launching major phones in the first and second half of each year–bringing two premium flagships.

Nothing is certain yet but it makes sense for Samsung to launch another foldable phone in August (Q3). Let’s see if the company will actually make it happen.