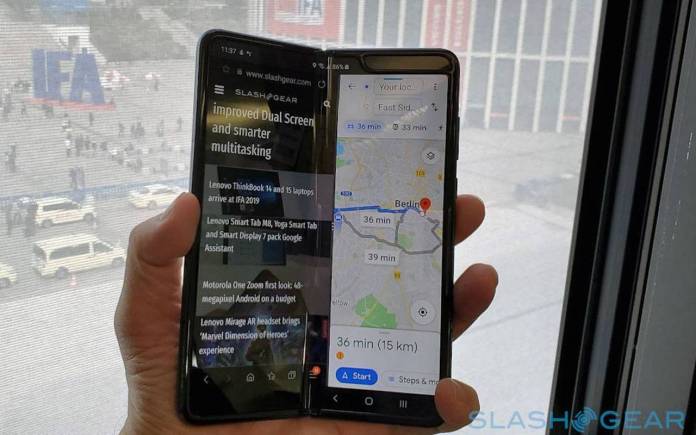 The Galaxy Fold 2 is expected to be announced in August together with the Galaxy Note 20. It will be the second-gen Galaxy Fold model and the second foldable phone offering by Samsung for this year. We’re not expecting it to be perfect but it should be a big jump from last year’s model. The foldable phone is also applying the Ultra-Thin Glass (UTG), the same one used on the Galaxy Z Flip. If that is the case, then maybe a Galaxy Fold 2 that will offer S Pen support may not happen.

The foldable display technology hasn’t reached a major milestone yet but we’re expecting an improvement from last year. Perhaps using the foldable screen with a stylus may be too ambitious, at least, for now since the foldable-flexible display can be very sensitive. We’re sure about this: Samsung isn’t rolling out a Galaxy Fold 2 with an S Pen this year.

A foldable phone display is usually thin and sensitive. With a stylus, the screen may not endure the frequent touch and scratch. It can be difficult to just warn phone users to be careful.

We’re assuming the foldable screen must be thick enough to be considered durable and at the same time flexible. The foldable display makers have not reached that point yet. More extensive research and development are being performed so we’ll just have to wait and see.