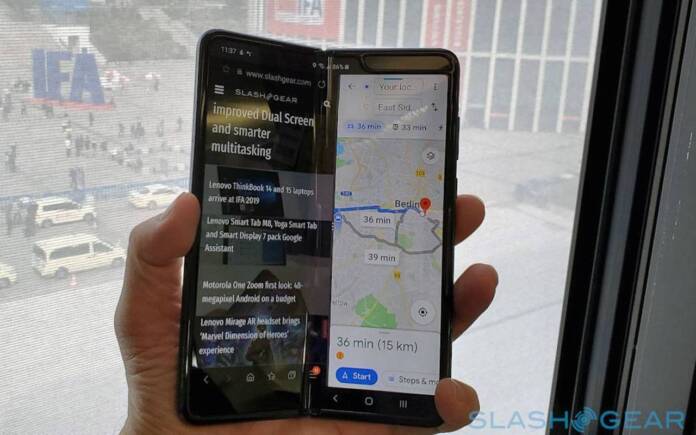 Samsung may have released its second foldable phone in the form of the Galaxy Z Flip but it’s very much different from the original Galaxy Fold. The South Korean tech giant is anticipated to release a new foldable phone in the second half of 2020 as part of its marketing strategy. We have no doubts about this move but Samsung needs to think this through and prepare carefully. The first-gen Galaxy Fold wasn’t exactly perfect when it was first announced. The company had to cancel market release due to issues of units breaking. The phone was then re-introduced after a few months and then followed by the Galaxy Z Flip.

As early as now, we’re learning about details on the next foldable phone. The H2 release is certain. The phone is believed to be code-named “Project Champ”. It’s also believed to be the Project Winner2. It doesn’t matter how the device is called. We just know Samsung is working on a new Galaxy Fold 2 smartphone.

We have some information and expect more will be revealed until the official launch of the device. So far, we know the Galaxy Fold 2 (or Galaxy Fold 3) will be out in Q3. Parts may also be in production next month.

Storage capacity may be at 256GB and 512GB. Material to be used for the phone’s build could be ceramic and stainless steel. When it comes to the camera department, the Galaxy Fold 2 might use a 12MP primary camera with a 64MP telephoto sensor and 12MP ultra-wide sensor with ToF. The selfie camera could be 40MP or 10MP only. The battery could be 4500mAh or higher with 25W Super Fast Charging plus wireless and 5W to 9W reverse wireless charging.