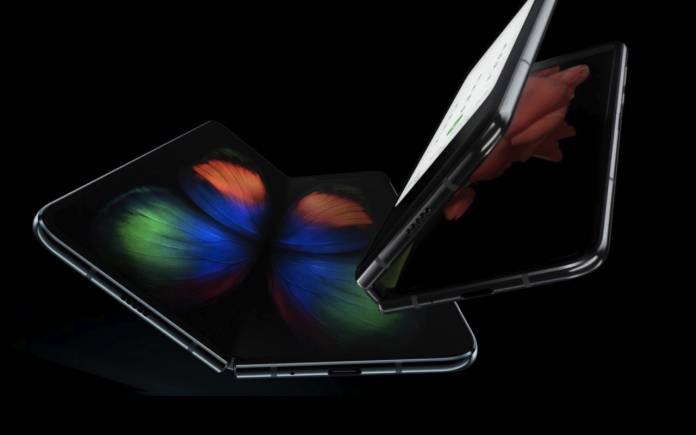 The Samsung Galaxy Fold 2 won’t be revealed until its August launch but expect related details and images will be leaked left and right. We earlier thought the Galaxy Fold 2 would be the Galaxy Z Flip but Samsung decided the two will be from two different series. A bunch of information has surfaced already including the idea it will not have S Pen stylus input, it will still use the Ultra-Thin Glass, and that the phone will be waterproof with an official IP rating.

So far, we know a Samsung Galaxy Fold 2 may come with a 120Hz screen. The foldable phone could be out in Q3. The phone is also said to arrive with a 256GB variant plus competitive pricing together with a Galaxy Fold Lite.

We can expect the device will be released right on schedule. A Galaxy Fold 2 with a new triple cam setup may be less costly than its predecessor. Definitely, the next-gen foldable phone will be announced with big improvements over the first-gen but the under-display camera may not happen yet.

The Samsung Galaxy Fold 2 is believed to feature bigger interior and exterior displays compared to the original Galaxy Fold. This means a larger screen real estate. Related information has surfaced, telling us the displays will be bigger at 7.7-inch and 6.23-inches. It will probably be better in performance.

The exterior display will use OLED. You can use it as a regular phone to access the Internet or make a call. No need to open the larger screen because the folded phone may be enough. The original Galaxy Fold’s screens are 7.3-inch and 4.6-inches only.

So the screens are larger. We don’t think Samsung is attempting on bezel-less displays, at least, not yet. We can also be excited about the 120Hz refresh rate and the Ultra-Thin Glass.

Production is underway for the first 300,000 units of the Galaxy Fold 2. Samsung plans to sell 3 million foldable phones. The August launch will happen so let’s see how fast the South Korean will sell them.