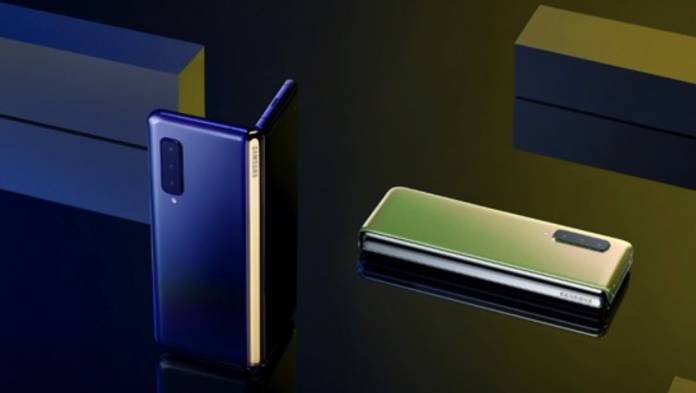 A new Galaxy Fold is being prepped for lunch. The Galaxy Fold 2 is said to be unveiled together with the Galaxy Note 20 series. These premium flagship phones and the next-gen foldable smartphone have been favorite topics recently and we’re expecting more information will be shared before the official online-only launch. The Samsung Galaxy Fold 2 will be the South Korean tech giant’s third foldable phone offering after the original Galaxy Fold and the Galaxy Z Flip. It will be the second foldable phone from Samsung to be released in the second half of 2020.

Much has been said about the Samsung Galaxy Fold 2. It will be waterproof with an official IP rating. The phone may also be accompanied by a Galaxy Fold Lite variant with 256GB storage. It will be released right on schedule.

The Samsung Galaxy Fold 2 may arrive with a new triple cam setup and may be more affordable than its predecessor. The device may also come with a 120Hz screen and S Pen support. We’ve also seen a few renders that show big improvements over the 1st gen.

Some other details we know so far include the Samsung Galaxy Fold 2 using an under-display camera. The Snapdragon 855 processor may be replaced by the Snapdragon 865. And now we’re learning the foldable phone will use UTG. The Ultra-Thin Glass will be the same as the one used on the Galaxy 2 Flip.

It’s definitely an improvement from the first Galaxy Fold that was problematic. The original version made use of a plastic-like polyimide material to cover the flexible display. Samsung made changes and applied them to the Galaxy Z Flip.

The UTG is not exactly perfect but it’s definitely better compared to the first material used. A new material may be in the works but the Galaxy Fold 2 will still have the Galaxy Z Flip’s UTG from Schott. The German manufacturer produces the Ultra-Thin Glass.

The use of the same UTG could also mean the price won’t go down just yet. A similar Gorilla Glass is being developed but may not be ready in time for the Galaxy Fold 2. Perhaps the Galaxy Z Flip 2 and the Galaxy Fold 3 will have that but for now, it’s the Ultra-Thin Glass.