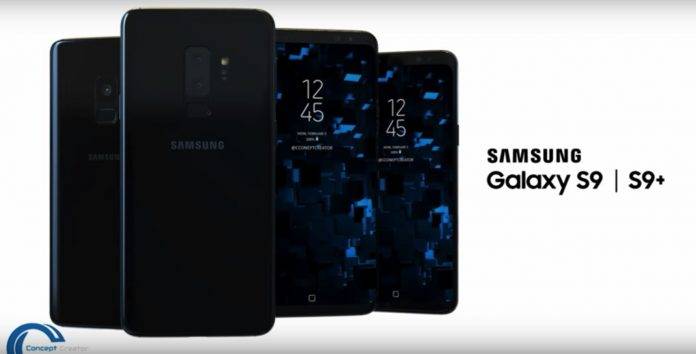 We’ve been saying it’s never too early to discuss the next-gen Samsung Galaxy S9. We’re down to a few weeks before the official announcement although there is no confirmation yet when exactly. We’re looking forward to a teaser at the CES 2018 and the public launch mid-February before the March market release. The most recent information we heard was that it will still have a 3.5mm headphone jack, an 18.5:9 display, and a rear cam on the S9 and dual on the S9+.

We’re already familiar with how the two phones may look because of the numerous renders and leaks. We remember that set of Galaxy S9 phone cases at Mobile Fun, those rendered images and 360-degree video two weeks ago, and that one showing off the phone’s single rear camera. We even saw the leaked Galaxy S9 schematic images that showed the rear fingerprint sensor and the patent images that showed a large display and bezel-less design. There’s also a set of CAD renders that showed the vertical dual rear cameras.

The early renders somehow tell us Samsung has been hard at work on perfecting the next premium Galaxy S devices. Most information and images are believable and we’re excited to know how the facial and iris recognition technology will be improved or if it will ship with a pair of Bluetooth headphones, as well as, confirm numerous details, rumors, and speculations that went public since July.