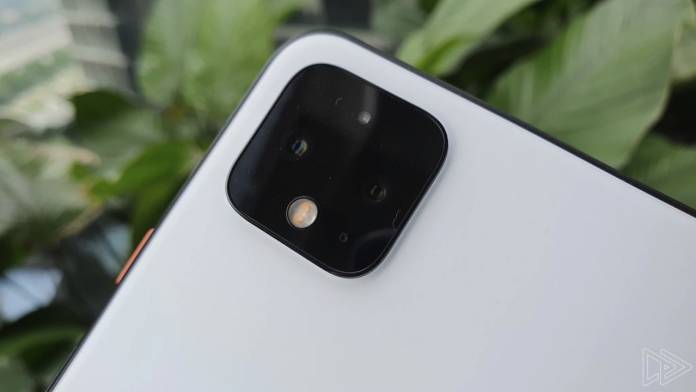 Google is expected to make an important announcement in the coming weeks. A number of Pixel 4 XL hands-on images have surfaced. We have a clear idea about the design of the new Pixel phone and the bigger variant of the Pixel 4 XL after months of rumors, speculations, and leaks. The latest photos we’ve seen were from Vietnam but they were only prototypes. Early mage renders showed dual rear and dual selfie and we hope to confirm the specs any day now.

Google Pixel 4 AOSP reference proved the next-gen flagship would be ready. Such information like the phone case models being shown off in a video and prototypes sighted in the wild are really helpful. More Pixel 4 XL image renders and 360-degree video also surfaced while specs were detailed. We were able to confirm the 90Hz ‘Smooth Display’ as seen on the Android code.

The Pixel 4 XL prototype appeared in Vietnam followed by live images. Some Pixel 4 XL camera features were discovered hidden in the Google Camera 7.0 app. Colors were leaked again and now these hands-on images.

Nextrift has shared a gallery of images of what is said to be the Pixel 4 XL. There is no doubt now because we’ve seen this design numerous times already. Even Google leaked the real thing before.

This is the Clearly White version. It comes with a matte frame and glass back or matte texture, making it a bit slippery. The Pixel 4 XL is expected to offer 90Hz display with Smooth Display, 6.23-inch AMOLED screen, 3040 x 1440 pixel resolution, Qualcomm Snapdragon 855 processor, 6GB of RAM, 128GB onboard storage, 8.1MP selfie camera, 12.2MP rear camera, and a 3700mAh battery. Some specs may be disappointing but we’re expecting the software will be more powerful.

Check out sample photos from the Google Pixel 4 XL below:

The phone may be more secure too with the Face Unlock. What’s good about it is it works even in darker backgrounds. The phone doesn’t have any fingerprint scanner.