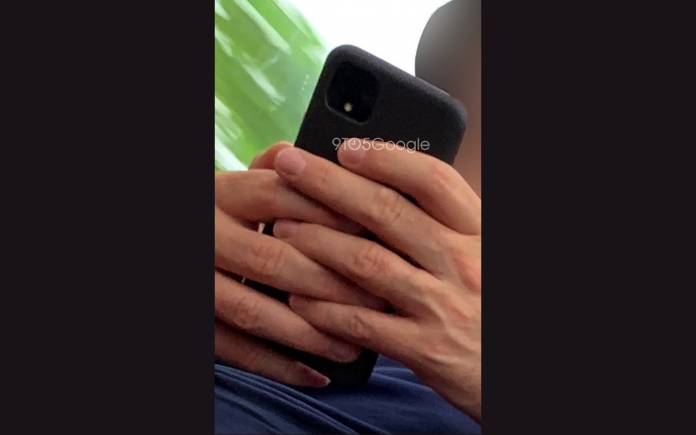 The Pixel 3a and 3a XL have already launched and so expect the next few months will be all about the Pixel 4 and the Pixel 4 XL. Google’s very own phone series that replaced Nexus is now on its fourth year and we’re expecting the upcoming devices will be more advanced than ever. As early as February, speculations started. The phone is said Android Q on the Pixel 4 will have improved Dual SIM function plus dual rear and dual selfie cameras.

Some live images also surfaced that could be an early prototype. Google already leaked the Pixel 4 “officially”, also with the square camera setup.

Now we’re seeing the phone in the wild as per 9TO5Google. It was from a tipster so it’s an “exclusive” photo showing the rear camera arrangement and placement. Google is definitely using the setup with probably three shooters and one LED flash. Four rear cameras are also a possibility.

The real-life photo of a Pixel 4 may remind you of the Huawei Mate 20 Pro except for the placement of the camera module. The next-gen iPhone could also be using the same camera design but we’ll have to wait and see.

Google’s Pixel 4 could be more camera-centric. Not that the tech giant has really made the previous Pixel cameras great but they still definitely need major improvements. They’re not exactly the top favorites when it comes to mobile photography but we definitely see the potential. The tech giant has an advantage because of software and technology it can utilize but somewhere, somehow, something goes wrong in the process. This won’t be the last Pixel 4 leak. Expect more in the coming weeks and we’ll be here watching.