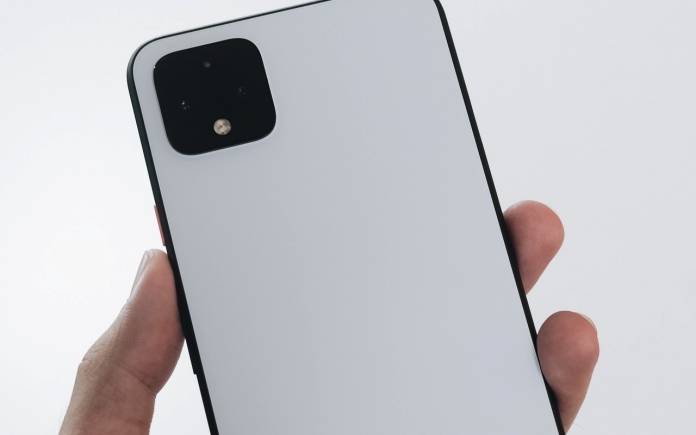 The Pixel 4 XL has been a favorite subject alongside the smaller Pixel 4. We’ve seen both phones numerous times and we believe the series’ official launch is happening soon. As early as March, image renders of the Pixel 4 XL showed dual rear and dual selfie shooters. Phone case models we’re also shown off in a video while a prototype unit was sighted in the wild. Soon, more photo renders and a 360-degree video appeared. Some features have been mentioned repeatedly like the 90Hz display and the round camera module.

The Pixel 4 XL you see here is only a prototype that appeared in Hanoi, Vietnam. We don’t doubt the authenticity of the device but it’s just a prototype. The final version can still change but more or less, this is close to the final design. So far, we know the Pixel 4 XL will come equipped with at least 6GB of RAM, 8x zoom, and Motion Mode (facial recognition).

Google’s next-gen Pixel 4 XL is expected to arrive with no notch but the forehead and chin will still remain. This won’t be a bezel-less phone. The top edge is larger as it houses the earpiece, selfie camera, and several sensors. The speakers are found at the bottom edge.

On the rear, there is the square camera module that we can now say is similar to the iPhone 11. The Pixel 4 XL’s cameras are hidden though compared to the iPhone’s protruding camera lenses.

The phone comes with a glass black. You can choose from the three color options: orange (coral), white, and black. The frame is black so there’s a white-black color combo. The SIM card tray appears it can only handle one Nano-SIM but we’re expecting eSIM can be supported.

Other specs of the Pixel 4 XL may include the following: 6.3 inch AMOLED screen, Snapdragon 855 processor, 1440 x 3040 pixel resolution, 128GB onboard storage, and a 3700mAh battery. One redeeming feature may be the 90Hz display. Watch a demo of the Pixel 4 XL screen below:

The phone may also come with an Ambient EQ screen, face recognition and touchless operation, and the dual camera system with an angle camera and telephoto camera. To be honest, the specs are a bit underwhelming but we’re looking forward to how Google will make the software more powerful than ever.