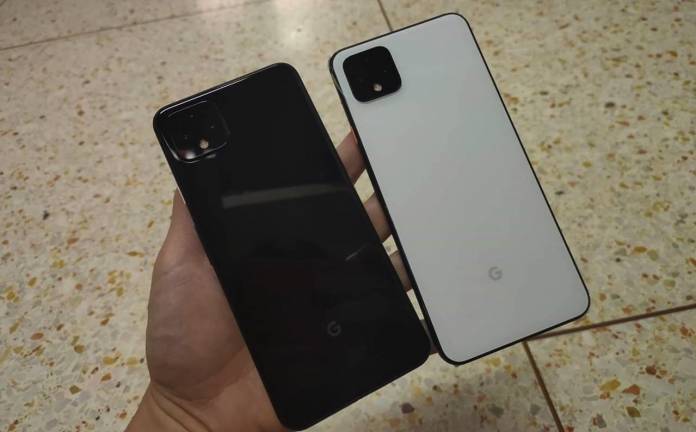 We often feature the Pixel 4 but not much the Pixel 4 XL. The two are different in some ways. The Pixel 4 XL is definitely bigger. An early set of image renders showed dual rear and dual selfie cameras but we don’t think that information is true. The next-gen flagship is almost ready. The Pixel 4 XL phone case models were shown off in a video, showing us the square camera module on the rear. A prototype unit of the 4 XL was also sighted in the wild for the first time.

Another set of Pixel 4 XL image renders and a 360-degree video surfaced online. We’re looking forward to that 90Hz Smooth Display as seen on Android code.

A Pixel 4 video ad teaser was leaked earlier. A white phone with black frames was shown off and we have another proof it’s the real thing.

Here are some hands-on images of what is believed to be the Pixel 4 XL. Check out the images below:

The black and white models are presented here. We see the unique square camera setup with two rear cameras, a flash, and a sensor. There’s also the possibility the sensor is actually a third camera.

The G logo is on the lower part of the rear. The panels appear to be shiny. We don’t think their glass, just shiny plastic. At the front, there is no notch because the selfie camera is still on the forehead. There appears to be an obvious chin.

The Pixel 4’s camera features are expected to make an impression with Live HDR, Audio Zoom, and improved Wide-Angle selfies. The Pixel phone may also include possible Night Sight improvements as per information from XDA developers.