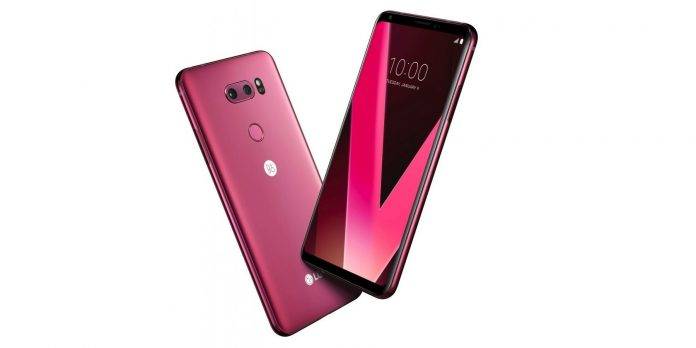 After winning the Battery Drain Championship of the World, the LG V30 is being released with a new color–one that we know a lot of ladies will love. The LG V30 gets a Raspberry Rose version following the four other stunning colors already available–Lavender Violet, Moroccan Blue, Cloud Silver, and Aurora Black. We know some people are waiting for a pink or rose gold version but this Raspberry Rose looks more attractive.

The Raspberry Rose LG V30 will be shown off officially at the CES 2018 in Las Vegas, Nevada next week. LG describes the new color as romance-inspiring and as an intense saturated version of red. We see it more as hot pink but it doesn’t really matter because we know any fashion-forward smartphone consumer will want this unique color.

We’re thinking it can be a nice gift for Valentine’s Day which is happening in a month’s time. Even if you don’t have a significant other, you can buy this for your mom, sister, niece, or yourself. We don’t want you to focus on the stylish color and design because the specs and features are just as impressive.

The smartphone launches with Android Nougat out of the box but Android 8.0 Oreo update is now available in South Korea. It has a Plus version available in the US where the phone is also offered with a two-year promo credit, Second Year promise, lots of rebates, and a free Daydream View VR headset. Making the smartphone also attractive is the fact that it is supported on a 600 MHz LTE band 71 network and its price is lower compared to the Samsung Galaxy Note 8.

The LG V30 Raspberry Rose will be released in South Korea and key Asian and European markets after the CES 2018 debut.