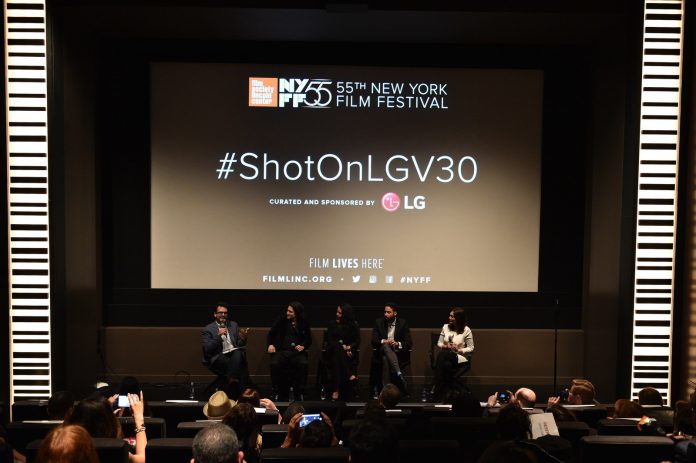 A few years back, if you wanted to shoot a professional-looking, high-quality short film, you needed to shell out a substantial amount of cash. Fast forward to 2017, and what you need is a great concept, amazing friends/colleagues to help you out, and a kick-ass smartphone with good video capabilities. Apple’s iPhone is usually cited as a good device to make short films, but the LG V30 is giving it a run for its money by commissioning six emerging filmmakers to create short films highlighting the smartphone’s video shooting capabilities with its #ShotOnLGV30 program.

The six short films premiered at the Film Society of Lincoln Center’s Elinor Bunin Munroe Film Center and the filmmakers themselves participated in a panel discussion hosted by New York journalist and film critic at the Village Voice, Bilge Ebiri. The films covered a wide range of topics but the common theme is “a narrative of creativity and passion for visual storytelling.” And of course, the technology of the LG V30 is the main common ground of the films and filmmakers.

The phone has a Cine Video mode that allows the users to create videos that are almost at par with DSLRs and video cameras. It has Point Zoom which you can use to zoom into any aspect of the frame and not in a jarring way. The Cine Effect meanwhile lets you choose from a wide array of palettes so that it’s easier to give your entire video or film a uniform mood or theme. You have romantic comedy, summer blockbuster, mystery, etc.

The films are pretty well made, although that is also because they already have the talent and the concept even before they picked up the smartphone. The LG V30 did give them an accessible and convenient way to shoot their vision. You can view all six films in the source link to see for yourself. The films you will see are: