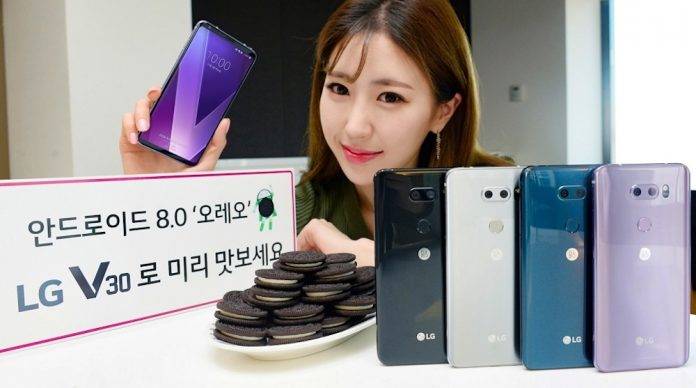 LG isn’t going away anytime soon. We may not hear about sales fgures and market performance regularly but we believe the other South Korean tech giant still has an audience. We cannot deny the fact that the company is starting trends in the mobile industry today as with the idea of modular design last year and for this year, displays with 18:9 aspect ratio. In the coming months, we can expect updates for the LG V30. The latter is the brand’s newest premium flagship phone that was launched the same time as the Samsung Galaxy Note 8 and the Apple iPhone X.

The next major update for the LG V30 will be Android 8.0 Oreo. This preview will be released anytime soon, at least, for those living in South Korea. Anyone who owns a V30 can sign up for the preview program and start testing the new OS on their phone. Availability isn’t carrier-specific which means it’s for everyone who has an LG V30.

Check the Quick Help section on your phone and choose the LG OS Preview. A notification alert should be received before you can download the update. Feel free to share feedback and suggestions in the Forum area so LG developers can know the bugs and issues.

This Oreo Preview is important because it is one way LG can make sure Android 8.0 is ready before it is released for the general public some time in December. As with most Android Oreo upgrades, this one will improve the performance, battery, and speed of the LG V30. Graphics and screen configuration will also be enhanced.