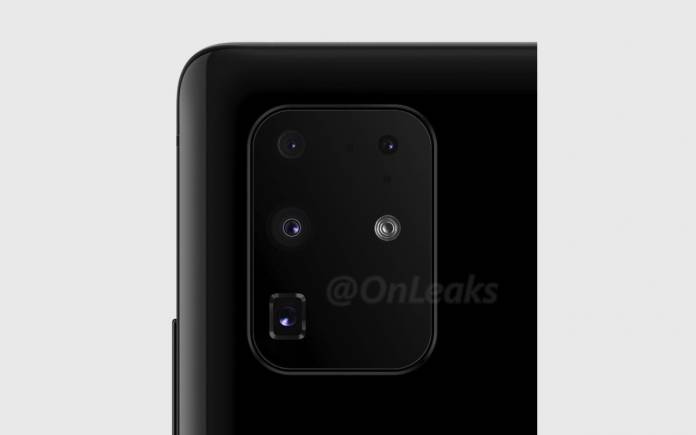 OnLeaks is busy as usual. There is no stopping Steve Hemmerstoffer from releasing information and image renders. Just recently, we featured the Pixel 4a renders he worked on with 91Mobiles. Now we’re learning more about the upcoming Samsung Galaxy S11 Plus which has been a hot topic because it is the next premium flagship from the top mobile OEM in the world. Several renders have surfaced but the latest from OnLeaks is said to be closer to the final design.

Steve said he received a prototype. He made another render of it. The result is a slightly longer camera module on the rear. Instead of a square, this is more rectangular. We see four cameras and an LED flash.

We don’t think there will be five cameras–just four. We’re certain though the Samsung Galaxy S11’s camera system will be more advanced. The Plus variant will use the ISOCELL Bright HM1 sensor to improve imaging further. It may come with a periscope optical zoom camera and 108 megapixels.

The super-advanced cameras may be accompanied by larger batteries. The image sensor will be customized and different from the 108MP sensor used by Xiaomi. Some more camera information has been detailed.

The Samsung Galaxy S11+ together with the Galaxy S11e and the regular Galaxy S11 are expected to already feature 5G and fast charging. Other features may include 8K video recording at 30 fps, 4000mAh battery (S11e) a Bright Night Sensor, display with 20:9 aspect ratio, middle punch hole camera, laser autofocus, and 25W fast-charging support. The Galaxy S11 is also said to come in five variants and three sizes including 5G and non-5G models.

There’s also information the phone will have a built-in spectrometer. Don’t expect that expandable screen as shown off in patent images a few months ago. We think the Galaxy S11 series will have a flatter display.