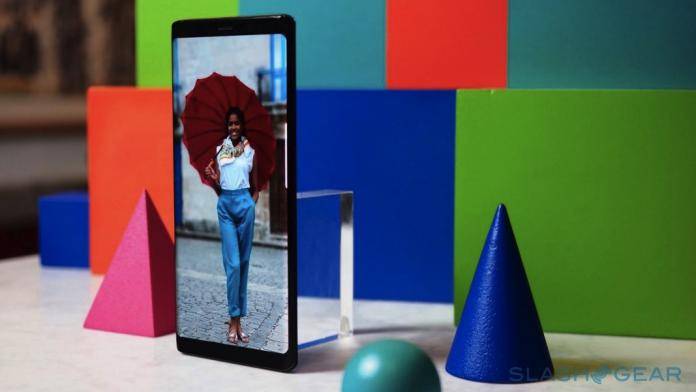 Samsung is gearing up for many things. We just told you about the Bixby smart speaker that apparently may arrive with a camera and a display, the Galaxy Tab S4 that was leaked recently, the Samsung Galaxy VR, Samsung Gear S4 Wear OS, and of course, the Galaxy Note 9. Among these products, we’re excited about the next-gen Note because it is the next premium flagship that will feature the latest technologies like Bixby 2.0, an improved S-Pen, and hopefully, an under-display fingerprint sensor.

The Galaxy Note 9 has been a hot topic since last year when it was first mentioned to apply the under-display sensor. We noted the idea not just once but several times. Unfortunately, we don’t think the South Korean tech giant will be ready especially after that report the Samsung Galaxy S10 will use Fingerprint On Display technology. We’ve seen a bunch of renders and leaked images already and most of them prove the horizontal orientation of the dual rear cameras. Those screen protectors don’t show any notch.

We’ve been saying the Samsung Galaxy Note 9 will have a rear fingerprint sensor, improved S-Pen, Bixby 2.0, Android 8.1 Oreo, 6GB RAM, and Snapdragon 845 processor. We also noted the smartphone may be released earlier due to low Galaxy S9 sales but then again it may not because of one small and last-minute change.

The official launch of the Samsung Galaxy Note 9 will be a couple of months from now so expect more information to be shared. The Galaxy Note 9 trademark has been filed by Samsung and the device is said to have received Chinese certification already. It may roll out on August 9 (or August 2 in New York) according to some sources with the market release happening two weeks later. The Note 9 is the ninth edition of the Note phone series and it is believed to show some important changes.

We haven’t been thinking about the overall design because we know changes will be minimal. For one, the in-display fingerprint sensor will be postponed. As for the general specs, the phone is said to sport a 6.4-inch AMOLED screen, Exynos 9810 chipset, and probably some 3850 to 4000mAh battery. 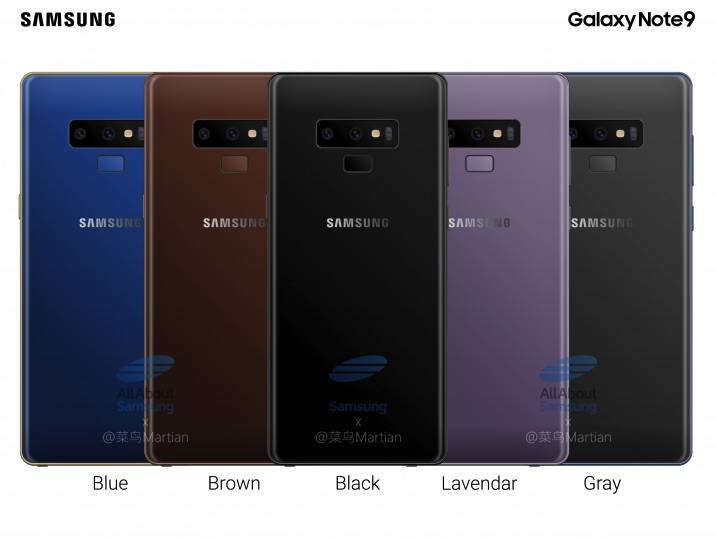 The Samsung Galaxy Note 9 may be available in different colors: Blue, Brown, Black, Lavander, and Gray. These colors, according to a tech website, will include a new once called “Teddy” which is simply brown. That may refer to Teddy Bear Brown so it’s new. The “Lavandar” may be the same as the Lilac Purple of the Galaxy S9 and S9+.

When it comes to battery, Samsung is believed to be using a bigger 4000mAh battery as per some information on the FCC. Wireless charging isn’t new from the South Korean company but the idea of a larger batt is more interesting. You see, since the Note 7 fiasco, Samsung is more cautious now of what battery to use. 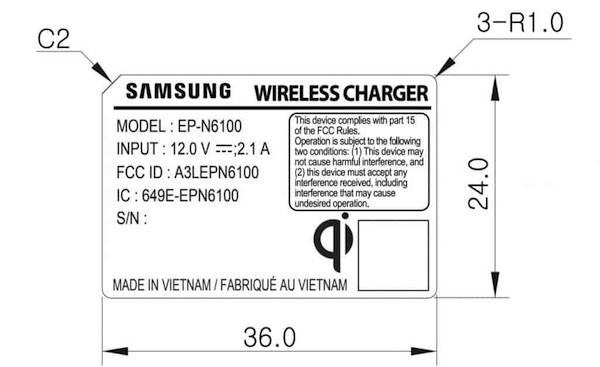 Checking some information, there is a reference to a Samsung device that is compatible with a wireless charger. We’re hoping this will be more than capable to handle the supposed 4000mAh batt. The label shows EP-N6100 with 2.1 amperes and input voltage of 12 volts.

VIA: The Korea Herald, All About Samsung, Galaxy Club