Samsung is working on the Galaxy Note 9 although we can’t be certain yet if it will have the under-display sensor. Different information is being shared but we know a trademark has been filed, it will feature Bixby 2.0, and it may come with a new and improved S-Pen. The Note 9 is believed to have hit Geekbench. The benchmark test tells us some important details like the fact that it’s going to run on Android 8.1 Oreo and not just Android 8.0, Qualcomm Snapdragon 845 processor, and 6GB RAM.

We’re assuming this one will have an Infinity Display and some other specs and features available on the Galaxy S9 and S9+. Listed on Geekbench is the phone with model code SM-N960U which is the American variant. The European Note 9 most likely will be equipped with an Exynos 9810 processor just like the S9 and S9 Plus phones.

The Note 9 may arrive with Android 8.1 but we’re assuming this one will be updated to Android P. It’s not ready yet but the Developer Preview has been out. We know Samsung will work on Android P but let’s worry about Android 8.1 first. 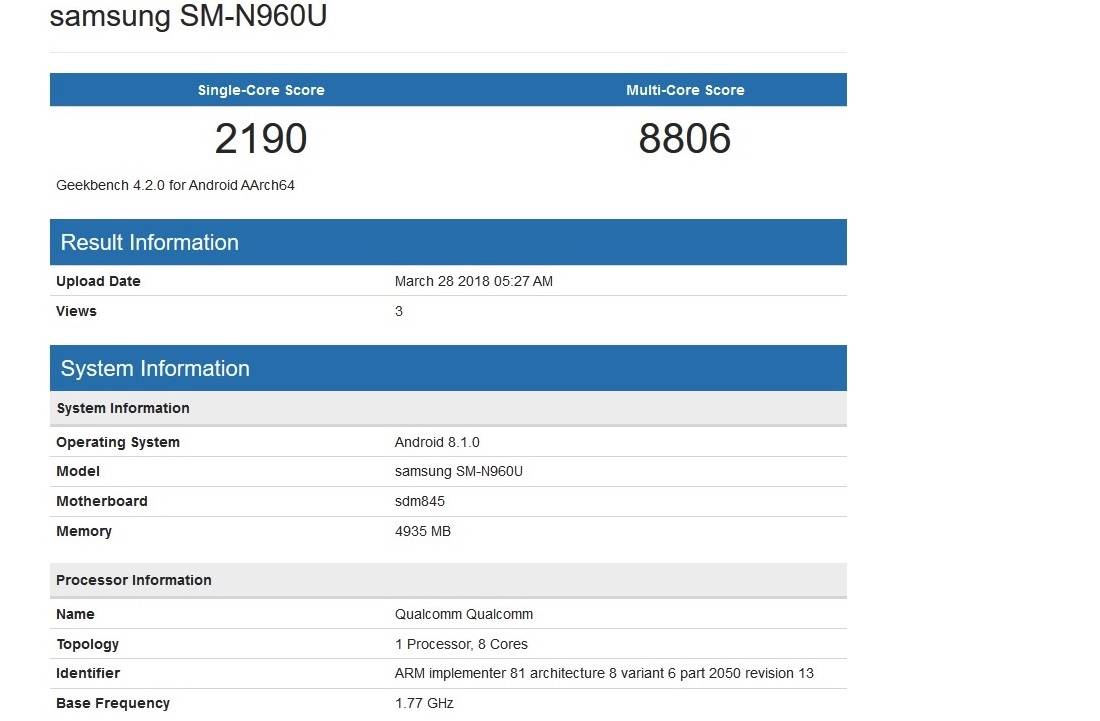 As usual, the Samsung Galaxy Note 9 will be released in September while public launch will be in August. We’re really curious if the under-display fingerprint sensor will be ready on the next-gen Note. We’re crossing our fingers. We’re hoping it will since Vivo and Huawei were able to do it already.